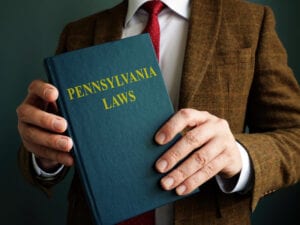 After a serious ‘blunder’ by Pennsylvania’s Department of State earlier this month, Pennsylvania legislators look to pass a new bill that would allow child sex abuse victims a two-year ‘window’ to file civil claims in court against both public and private entities.

“Gregory’s bill”, named after the author who has openly shared that he was a victim of child sex abuse, was passed by the House of Representatives on Wednesday April 7th, 2021 in a vote of 149-52. The bill now heads to the Senate.

A similar bill was previously struck down in the Senate, as opponents claimed that the bill violated the state’s constitution. After failing to pass the window as a bill, proponents of the window, sought a second avenue – an amendment to the state’s constitution. However, the process of amending the constitution is a more difficult path. It first requires the amendment to pass two legislative sessions in a row, then be put on the ballot for voters to decide. After passing in both the House and Senate, the amendment should have made it to the May 2021 ballot. However, the state department failed to advertise the proposal in the newspaper – a requirement necessary to add it to the ballot. Both Republicans and Democrats alike showed their outrage for what the state department called ‘simple human error’.

While the constitutional amendment is still possible, it could delay justice for childhood sex abuse victims for two or more years since the next time it can appear on a ballot would be 2023. This was the preferred method for many law makers since they felt amending the state’s constitution would limit the number of court battles related to the issue.

Now lawmakers are pursuing both tracks – an amendment to the constitution, and a new bill, Gregory’s bill. Due to a change in the leadership in the Senate, many are optimistic the bill will pass. Senate President Pro Tempore Jake Corman has said he supports the dual path to reform.

“The General Assembly has spoken on this issue. If not for the mismanagement of the former secretary of state this issue would have been resolved in May. Since we all assumed we were going to be here in May…we were prepared to be here anyway once voters approved it, I think the dual path is the way to go.”

Advocates for a revival window have been pushing for a change in the state’s statute of limitations laws since a Pennsylvania grand jury report was released in 2018, detailing the widespread coverup of clergy sex abuse in the Catholic Dioceses throughout the state.

Across the country states have passed bills to enact rival windows, over 20 since 2002, aimed at giving survivors of childhood sex abuse a path to justice. Vermont has completely eliminated the statute of limitations on child sex crimes and enacted a permanent retroactive window. Both California and Hawaii have passed multiple windows, while New York passed the Child Victims Act in 2019 and New Jersey a 2-year window in the same year.

If you or a loved one were a victim of sexual abuse within the Pennsylvania Dioceses, contact our firm today. Our law firm handles Pennsylvania clergy sexual abuse lawsuits and can help you understand how long you have to file a clergy abuse claim in the state of Pennsylvania. Call us now at 1-800-941-7209 for a FREE and PRIVATE consultation.