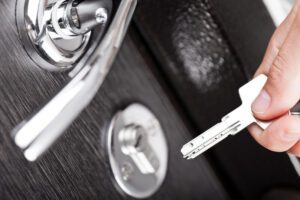 A vacation to a resort, hotel, or owner rented apartment/condo/home, through a company like Airbnb or VRBO, is supposed to be a relaxing getaway, adventure or reward we give to ourselves to help escape from life’s daily stresses. In addition to providing luxury, convenience, and comfort to those who stay, these businesses are also expected to do everything in their power to keep their guests safe.

Sadly, these vacation providers often fall short, and fail to instill proper security measures leaving their guests at risk for sexual assault or other violent crimes. When this happens, victims may have a legal claim, not only against the perpetrator, but also against the hotel, resort, Airbnb or VRBO which left them vulnerable.

What is Sexual Assault?

Sexual assault can come in many different forms, and can affect both men and women, but one this is always the same – it is NEVER the victim’s fault.

Sexual assault, as defined by RAINN, the nation’s largest anti-sexual violence organization, is any type of sexual contact or behavior that occurs without explicit consent of the victim. Sexual assault includes:

According to statistics provided by RAINN, an American is sexually assaulted every 68 seconds, and sadly, only 25 of every 1000 perpetrators are convicted and go to prison. That means that on average, there are nearly 500,000 victims of rape and sexual assault each year in the United States.

Women, and those who are young, age 12 – 34, are at higher risk of sexual assault and rape. According to RAINN, it is estimated that 1 in every 6 American women will be a victim of an attempted or completed rape in her lifetime. However, it is important to note that men and boys are the victims are sexual violence and rape as well. As of 1998, 2.78 million men in the U.S. had been victims of attempted or completed rape.

Unfortunately, guests staying at an Airbnb or VRBO vacation rental have reported a number of sexual assaults, including rape. The assault can be by the owner/host of the vacation rental, a previous renter or even a total stranger.

Those sexually assaulted or raped by the host are typically targeted and overpowered by their attacker. In these instances, a sexual assault survivor likely has a claim against the host/perpetrator, but also may have a claim against the rental agency or booking company, like Airbnb or VRBO, especially if they knew of a potential risk. For example, if Airbnb or VRBO receives notice that a sexual assault occurred at one of its listed properties but fails to follow up on the claim and remove the listing, it could be held responsible for future acts of violence at that particular host’s listing.

In addition, if a 3rd party perpetrator, or previous renter, is able to gain entrance to an Airbnb or VRBO vacation rental due to inadequate security, the host and the booking company may also be liable. Sexual assaults and rapes have been reported in cases where the owner failed to secure locks and/or windows providing attackers easy access into host vacation rentals. In addition, Airbnb and VRBO sexual assaults and rapes have been reported in situations where keys and or lockbox codes were not properly maintained and updated.

I Was Sexually Assaulted at an Airbnb – What Should I Do?

If you were sexually assaulted or raped at an Airbnb or VRBO vacation rental, or at a hotel or resort, the most important thing to do first is to get somewhere safe. Depending on the circumstances of your sexual assault you may still be in an unsafe location. If you are, immediately find a way to get to safety.

It is extremely common for victims of sexual assault and rape to completely shut down after an attack and take no action whatsoever. Sadly, in this country, only about 30% of sexual assaults are reported, however, a victim’s actions immediately after his or her attack will likely have a significant impact on his or her legal claim, and even on his or her mental well-being.

Below outlines a list of some action items that a sexual assault victim may want to consider.

Can I File a Lawsuit Against Airbnb or VRBO?

Depending on the circumstances surrounding the sexual assault, a victim may be able to file a claim for damages against the online booking company, such as Airbnb. While companies like Airbnb and VRBO typically carry insurance policies to compensate guests for the negligent acts of third parties, usually providing up to $1 million in coverage per instance, these policies do not always cover sexual assaults or rape.

That said, even if Airbnb’s insurance does not cover a sexual assault claim, it doesn’t mean that Airbnb, VRBO or a similar online booking agency will not compensate victims and cover their damages. In fact, a recent Bloomberg report cited a $7 million payout by Airbnb to an Australian woman who was sexually assaulted in a New York City vacation rental in 2015. Unfortunately, this is not an isolated incident. Airbnb reported that it handles thousands of sexual assault allegations, costing the company $50 million in settlements each year.

An experienced sexual assault lawyer can assist in bringing a successful claim against an online vacation rental platform, like Airbnb or VRBO, by showing the company knew, or should have known, there were risks involved with a particular rental. Given the complexity of these lawsuits, and the numerous parties involved, getting the assistance of an Airbnb or VRBO sexual assault attorney is imperative.

Is There a Deadline to File a Claim Against Airbnb or another Vacation Property?

If you or someone you love was raped or sexually assaulted at an Airbnb, VRBO or hotel/resort property, don’t wait to speak to an experienced sexual assault law firm. Call us for more information and to learn about your legal rights and options. The information you provide, as well as your identity, will be kept completely confidential until you are ready to move forward. In addition, there is no obligation, and the legal consultation is completely free. In fact, our legal team works on a contingency so you will never have to pay any costs or expenses in advance. You should also know that in some instances a financial recovery may be obtained from Airbnb or VRBO, without the need to file a lawsuit or go to court.

Don’t wait. There are legal deadlines associated with every claim. Call us at 1-800-941-7209 to learn more about your legal options.

How Can a Sexual Assault Victim be Compensated?

If you are sexually assaulted during your stay, filing a claim against Airbnb, or other vacation property, may allow you to receive financial compensation for everything you have suffered. Although the type and amount of compensation that you can receive depends on the specific details of your assault, some of the compensation that you could recover could include the following:

Hiring an experienced sexual assault attorney can help you maximize the compensation available to you under the law.

Guest Claims Airbnb Responsible for Her Sexual Assault by Host

In 2017, a woman filed a lawsuit against Airbnb, claiming the company did not properly screen the host who sexually assaulted her. Click the headline to read more…

Airbnb said it will no longer enforce the arbitration clause in its terms of service for sexual assault and harassment claims. Click the headline to read more…

A Bloomberg investigation found that the company receives thousands of sexual assault claims annually. Click the headline to read more…

A Bloomberg News investigation reported that Airbnb paid a rape victim $7 million after she was attacked in a property rented on the site. Click the headline to read more…