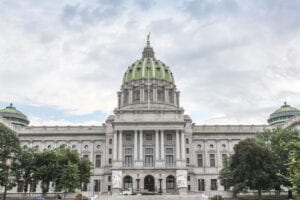 At the beginning of 2021, the Pennsylvania Senate Judiciary Committee overwhelmingly passed legislation focused on creating a revival window for child sexual abuse survivors. After passing the General Assembly in February, the bill should have been included on the May 2021 ballot so, if passed, the state’s constitution could be amended.

The need for a change in legislation came after a Pennsylvania grand jury report released the names 300 priests credibly accused of sexual abuse. However, even with the proof of the grand jury report, many victims of clergy sexual abuse were left without legal options since the current civil SOL laws for child sex abuse require a victim to file a lawsuit by 55 years of age. The original hope was that the revival window could be passed as standard legislation, but some politicians claimed that was unconstitutional, which required legislators in favor of the window to seek an amendment to Pennsylvania’s constitution.

The proposed amendment would have given those now-adult victims a two-year window to file a lawsuit, no matter how long ago the abuse occurred, or the current age of the victim. However, due to what the Pennsylvania’s Department of State is calling a ‘simple human error’, the amendment cannot appear on May’s ballot because it was not ‘advertised as required’ – meaning they failed to advertise the proposal in the newspaper. It is particularly disheartening since the state department admitted that other proposed constitutional amendments passed during the last legislation session had been advertised. Kathy Boovkvar, Secretary of State for Pennsylvania, has resigned from her position. The monumental blunder could delay justice for child sexual abuse victims for at least another two years.

Both democratic and republican legislators were outraged about the ‘error’, making very public statements condemning Pennsylvania’s Department of State.

The delay caused by this human error will be heartbreaking for thousands of survivors of childhood sexual assault, advocates and legislators, and I join the Department of State in apologizing to you. I share your anger and frustration that this happened, and I stand with you in your fight for justice.

A quote from the democratic state representative, Mark Rozzi, who himself is a clergy sex abuse survivor, said:

I’m just shocked. I just can’t believe that this is where we are at right now in this process, that the secretary of state has dropped the ball.

Pennsylvania’s Attorney General, Josh Shapiro, who has been a crusader for child sex abuse survivors and was a leader in the movement for a revival window, called the mistake, “shameful.” It was his office that was responsible for releasing the 2018 grand jury report that opened the public’s eyes to the sexual abuse problem in the Pennsylvania Catholic Dioceses, and for leading an investigation into the cover up of child sex abuse by elders with the Jehovah’s Witnesses.

Due to the mistake of the State Department, Democrats in favor of the window, now say that a window should be immediately passed as regular legislation. Alternatively, Joanna McClinton, the House Minority Leader, is proposing that the amendment now be fast tracked through an emergency provision which can be accomplished with a two-thirds vote in each chamber. This option would satisfy Republicans’ earlier claims that passing regular legislation would be unconstitutional.

It is unclear which avenue will gain the most support, however Republicans have publicly admitted that the issue needs to be addressed in a timely manner. Republican Jake Corman, Senate President Pro Tempore issued this statement:

We’ll have to look at our options. Clearly there is a sensitivity to this that everyone wants to help victims get justice, but unfortunately the incompetence of this Department of State and the secretary thereof to put them in this position is just unconscionable.

If you or a loved one were a victim of sexual abuse within the Pennsylvania Dioceses, contact our firm today. Our law firm handles Pennsylvania clergy sexual abuse lawsuits and can help you understand how long you have to file a clergy abuse claim in the state of Pennsylvania. Call us now at 1-800-941-7209 for a FREE and PRIVATE consultation.