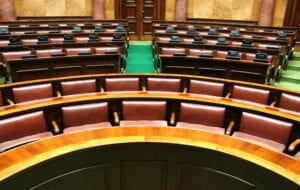 The Commonwealth of Pennsylvania made headlines in August of 2018 with the release of the Diocese Victim Report, which came after a two-year grand jury investigation into sexual abuse and cover-ups in six of the eight Pennsylvania Dioceses. In its wake, Pennsylvania legislators took aim at updating laws involving sexual abuse and a survivor’s ability to pursue a civil action against an abuser and the institutions that covered it up.

One avenue of reform sought the opening of a revival window. This type of resolution is aimed at helping childhood abuse victims pursue a civil claim against an abuser which is currently outside the statute of limitations. Many states have enacted similar laws, including New York’s Child Victims Act. Since this resolution would amend Pennsylvania’s constitution, the bill would have to pass two legislative sessions in a row before it could be put on a ballot for the voters to decide.

Last month, the 2021 Pennsylvania Senate Judiciary Committee overwhelmingly passed legislation focusing on creating a revival window. If the bill can pass the General Assembly by February 18, there would be an opportunity for it to possibly be included on the May 18 primary ballot.

Not all of the reforms sought in 2019 require the same process to get enacted. Legislators did extend the age cap for civil claims involving sexual abuse from 30 years old to 55 years old. The ‘age cap’ refers to the age by which a sexual abuse victim must file a claim. This number is derived from the age of majority, 18, plus 37 years.

Make sure to check our website regularly for updates as our law firm will continue tracking the progress of the revival window legislation in Pennsylvania.

If you or a loved one were a victim of sexual abuse within the Pennsylvania Dioceses, contact our firm today. Our law firm handles Pennsylvania sexual abuse lawsuits and can help you understand how long you have to file a clergy abuse claim in the state of Pennsylvania. Call us now at 1-800-941-7209 for a FREE and PRIVATE consultation.