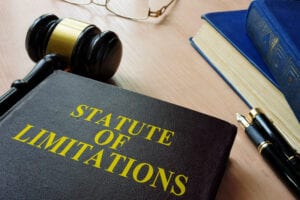 On May 13, 2019, the Governor of New Jersey, Phil Murphy, signed S477 which extended the statute of limitations in civil actions for sexual abuse claims.

The Act extends the ability of a child victim to file a lawsuit claim until they reach 55 years old, or 7 years from the date they became aware of the abuse, whichever is later. This is a significant step forward. Previously, minor victims of sexual abuse could only bring a suit up to their eighteenth birthday or two years after they became aware of the sexual abuse, whichever is later. Moreover, the bill created a two year ‘revival window’, allowing previously time barred claims to be filed. The current revival window is set to close on November 30, 2021.

Within the contents of the new sexual abuse Act, it also amended New Jersey’s Charitable Immunity Act, NJSA 2A:53A-7, which previously provided immunity in civil lawsuits to nonprofits in certain circumstances. Now, pursuant to the law, nonprofit organizations “organized exclusively for religious, charitable, educational or hospital purposes” and their directors, officers, employees, agents or volunteers can be held liable for “willful, wanton or grossly negligent” acts or omissions resulting in sexual abuse. This means that institutions, like the Catholic Church, can no longer hide behind the Charitable Immunity Act to avoid paying restitution to its victims. In addition, this amendment to the Charitable Immunity Act applies retroactively, and therefore, works in conjunction with the changes to the statute of limitations.

While the bill signed in May of 2019 addressed many of the issues preventing sexual abuse survivors from seeking retribution, it did provide a carve out under the immunity laws for state, schools, and other local government entities. Governor Murphy released a written statement at the time stating, “I am also signing the bill based on a commitment from the bill’s sponsors to introduce and swiftly pass a bill that will correct an error in the section of the bill relating to the liability of public entities. This section inadvertently fails to establish a standard of proof for cases involving claims filed against public entities.”

With the governor’s backing, on December 1, 2019, a new act, named A5392 , took effect removing the immunity previously granted to public entities, effectively allowing them to be treated the same as a private entity in a civil lawsuit. The only limitation is that the law will not permit lawsuits alleging child sex abuse to proceed as a class action.

If you or a loved one were a victim of childhood sexual assault contact our firm today or learn more by visiting our New Jersey sexual abuse lawsuits page. Our firm reviews cases of sexual abuse against minors and can help you understand your legal options. Your time to file a New Jersey sexual abuse claim is limited. Call us today at 1-800-941-7209 for a FREE and PRIVATE consultation.