Finding the right sexual abuse lawyer can feel like an overwhelming process. If you or a loved one was sexually abuse by an elder, or other member of authority within the Jehovah’s Witnesses, we want to help. Our experienced group of sexual abuse lawyers and staff prides itself on helping survivors of molestation and rape; specifically, those cases often covered up by the leaders of the Jehovah’s Witnesses. The information you provide, as well as your identity, will be kept completely confidential until you are ready to move forward. 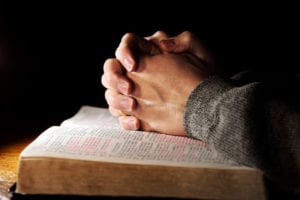 Unfortunately, the majority of sexual abuse and assaults go unreported in our country. And even worse, many of those who do have the courage to report the sexual abuse as a child to an elder, are not believed or told to let it go. As time passes, those memories of sexual abuse are often repressed and its not until years later when their emotional injuries present themselves that a connection is made to the abuse suffered as a child. Often times those survivors believe their abuse happened too long ago to receive any civil justice, which in most cases, is just not true.

Despite the common misconception that too much time has passed, more and more survivors of sexual abuse are coming forward and holding the institutions and their abusers accountable. Pursuing these legal claims can help prevent others from becoming victims. Additionally, many survivors find that holding these institutions, that allowed this type of abuse to continue, accountable was one of the key steps in the healing process. With more survivors coming forward every day, the pressure on these institutions, like the Jehovah’s Witnesses and Catholic Church, to change and provide compensation to its victims is becoming overwhelming.

While the Catholic Church sexual abuse scandal seems to dominate the headlines, other religious organizations, especially the Jehovah’s Witnesses, have also tried to hide the rampant sexual abuse of children within its own religious order.

As survivors have come forward, we’ve learned that Jehovah’s Witnesses have a history of victim-shaming and not reporting sexual abuse crimes committed by their members to law enforcement outside of the church. Attempts by states to infiltrate the Jehovah’s Witnesses’ cover-up of sexual abuse has been met with resistance from the organization at every turn. Making this fight even more difficult is the fact that those in power with the Jehovah’s Witnesses in many cases have shown no qualms about lying to outsiders, and state authorities.

Why Sexual Abuse within the Jehovah’s Witnesses Community Remains Prevalent

The Watchtower Bible and Tract Society is the parent organization of the Jehovah’s Witnesses. For over 30 years it has been instructing Jehovah’s Witnesses’ elders to keep claims of child sexual abuse secret from police and other organization members. While Watchtower officials say they instruct members to obey state laws about reporting child sexual abuse, this is rarely carried out.

One of the problems stems from state laws which, in some cases, may allow religious organizations to withhold reporting sexual abuse to outside authorities. This ‘loophole’, as many call it, allows religious leaders to withhold information they would normally have to divulge if it was received through a “confidential, spiritual communication, like confession in the Catholic Church.” For example, over 40 states have laws making it mandatory for clergy to report child abuse. However, more than 30 of those states have this exception called the clergy-penitent privilege.

Through civil cases brought by other survivors of sexual abuse, we have learned that the Jehovah’s Witnesses and Watchtower use this loophole to its full advantage. In fact, in Watchtower memo(s) to its congregation leaders, the Watchtower instructs its members to immediately contact the Society’s legal department when an allegation of sexual abuse arises. By doing this it allows the legal department to determine whether or not the abuse can be withheld from the police using one of these state loopholes.

In other cases, victims and their families have been threatened with being punished or ostracized for speaking out about their abuse or seeking help from outside authorities.

In testimony divulged by one of its high-ranking leaders during a deposition, it was confirmed that this information not only exists, but is actually neatly filed away within an electronic database and held completely confidential to the outside world. This database is said to house the names and locations of every known child abuser within their association in the United States.

However, despite numerous court orders to do so, the Jehovah’s Witnesses continue to refuse to turn over this information to authorities. It is believed by many that the secrets within the Jehovah’s Witnesses are held in much higher regard than the safety of its children. One judge went so far as to describe the Watchtower’s actions in refusing to turn over documents as “reprehensible” because she didn’t think disgraceful was enough to properly describe them. To date, this database remains confidential and has not been turned over by its leaders.

Filing a Claim Against the Jehovah’s Witnesses

The emotional injuries from childhood sexual abuse can last a lifetime. Survivors struggle with depression, anxiety, PTSD and numerous other conditions. Our firm feels strongly that survivors of Jehovah’s Witnesses abuse and molestation are entitled to restitution for the horrific abuse they endured as children. While no amount of money can erase what happened, we believe the Jehovah’s Witnesses should take steps to provide compensation to its victims, as well as pay for counseling and support services when needed.

Below we’ve outlined a step by step process of what to expect when you contact us to start a claim. You can reach our office by either filling out the form on your computer screen or phone, or simply calling our toll-free number. We have staff available days, nights and weekends so that we can speak when it’s convenient for you. We know that taking the first step can be extremely overwhelming which is why we want to be available when you are ready to discuss your unique situation. 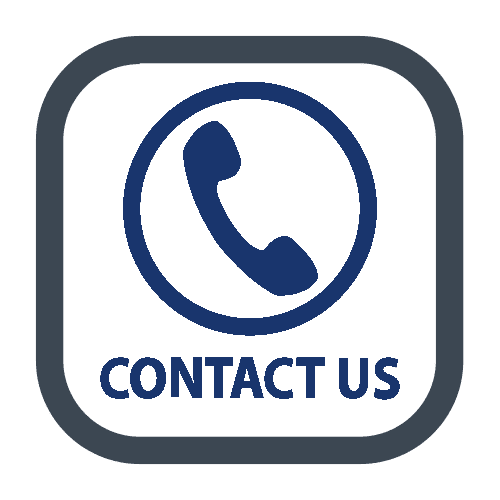 Once you take the first step and contact our office, your first phone call with be with either Barbara Flowers or Paula Fay. As our two Senior Client Managers, both focus their time and efforts to helping victims of sexual abuse and violence and are extremely experienced working with survivors. During this call they typically try to get general details surrounding the abuse, including who was involved, when it happened, how often it happened and who might have been notified of the abuse. You will not be required to provide explicit details of the abuse if you are not ready to do so. If you don’t remember all the details – it’s ok! – we’ll be able to gather or research the information we need at a later date.

Our office is open Monday – Friday, from 9am – 8pm EST. Note that if Paula or Barbara are unavailable to take your call, you will be directed to a private voicemail box. Simply leave your name, phone number and the best time to reach you and one of them will return your call. If our offices are open, this is usually within 15 minutes. Otherwise, you will be called as soon as we open the following day, or at a time specified by you. On the weekends our staff monitors voicemails and returns calls from 9am – 6pm. You can reach Barbara or Paula directly by calling 1-800-941-7209

The information you provide, as well as your identity, will be kept completely confidential until you are ready to move forward. In addition, there is no obligation and the legal consultation is completely free. In fact, our legal team works on a contingency so you will never have to pay any costs or expenses in advance. 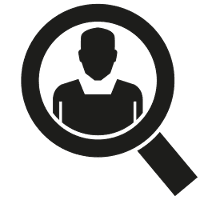 Step 2 – Investigating Your Claim Against the Jehovah’s Witnesses

The information you provide to either Barbara or Paula will then be sent to our lead attorney for review. We will review the laws regarding the statute of limitations in your state and any other pertinent information. If we believe we can help, paperwork will be sent to you either in the mail (with a free return envelope), or electronically through DocuSign – whichever you prefer.

Within a week of receiving back your signed paperwork, you will be contacted by one of our sexual abuse legal staff, Taylor or Candita, and/or our lead attorney, Derek Braslow. During this call the information you previously provided will be reviewed and they will attempt to obtain any additional details that may be needed for your case. Often times this information will be gathered over the course of a few phone calls as you become more comfortable with them and are ready to share more of your story.

We pride ourselves on delivering a ‘small firm’ experience to our clients. Each client is assigned one Client Relations Manager, one Paralegal and one Attorney for his/her case. You will not be bounced around to multiple staff members or asked to tell your story over and over again to a host of different people. In addition, to make getting in touch with us easy, our clients are provided both office and cell phone numbers to reach the staff assigned to their case. 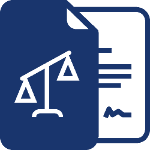 Deciding how to handle and proceed with your sexual abuse claim against your abuser and the Jehovah’s Witnesses will be your decision. Our job as your sexual abuse lawyers is to provide you with all the options available to you. In some instances, we may be able to negotiate a settlement without having to file a lawsuit or go to court. That said, if your case is still within the statute of limitations set by your particular state, and you want to file your case in court, this is also your decision to make.

Whatever your preference, don’t wait to speak with an attorney experienced in bringing claims against the Jehovah’s Witnesses. There are legal deadlines associated with every claim. Call us to learn more about your options.

According to one witness who testified in front of a Pennsylvania Grand Jury, the Jehovah’s Witnesses have been covering up child sexual abuse for years. Click the headline to read more…