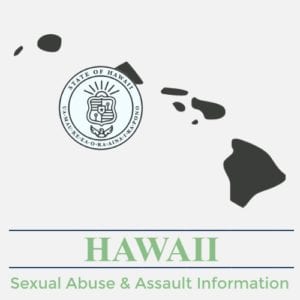 Due to the passing of retroactive windows beginning in 2012, Hawaii is noted for being one the most victim friendly states in the country with regards to sexual abuse and assault laws. Its efforts to change legislation has helped survivors of sexual abuse get justice against their abusers in the courts, and also allows for compensation. These laws enable lawyers handling sexual abuse claims in Hawaii to file cases against sexual predators, including clergy members, and the Catholic church.

Below you will find Hawaii lawsuits news & updates, as well as additional information on Hawaii’s statute of limitations laws. These laws are important because they dictate how long a lawyer handling a Hawaii sexual assault case has to file a claim on behalf of a survivor. In addition, we have compiled a list of Hawaii settlements received by sexual abuse and assault survivors.

Hawaii is one of 29 states to complete SOL reform legislation in 2020. In fact, Hawaii is one of the growing number of states in the country to open a revival window which allows victims of sexual violence whose claims were previously time-barred to bring a claim against their abusers. Despite all of its revival windows being currently closed, there are bills in Hawaii’s legislature which, if passed, would open another window.

There is no criminal statute of limitations (SOL) for 1st and 2nd degree sexual assault felonies as well as continuous sexual assault of a minor under age 14 in Hawaii. Child USA, who has evaluated every state based on their criminal statute of limitation laws, gave Hawaii a Criminal SOL score of 3, on a 1-5 scale, where 5 is the highest. A score of 3 is defined as a criminal SOL eliminated for felonies only.

In 2012, Hawaii took great strides to update and better its sexual abuse and assault civil statute of limitation laws. Previously set at age 20, or 3 years after discovery, Hawaii moved the age to 26 or 3 years from discovery of the abuse, whichever is later. In addition, in 2012 a 2-year ‘window’ went into effect, allowing survivors of sexual abuse, whose claims were previously expired under the old laws, the opportunity to file a claim against their abusers. Since the original window expired in 2014, Hawaii has extended the window to be open for a total of 6 years, the longest of any state in the country. The window officially closed on April 24, 2020.

In 2021, Hawaii introduced additional legislation that would open another revival window until April 24, 2024. The bill would also allow the court to triple the amount of compensatory damages awarded to a plaintiff in cases where it deems it appropriate.

Child USA, who has also evaluated every state based on their civil statute of limitation laws, gave Hawaii a Civil SOL Age Cap score of 2, on a 1-5 scale, where 5 is the highest. A score of 2 is defined as a civil SOL age cap between 26 and 34 years old for survivors. Additionally, Child USA gave Hawaii a related SOL Revival Law score of 4 on the same 1-5 scale. A score of 4 is defined as a revival window for 2 or more years or revival up to age 55, for claims against perpetrators, individuals, private organizations and government.

2016 – The Diocese of Honolulu paid $25,000 as its portion of a $1.5 million settlement with a victim who said he was sexually abused decades ago as a teenager by Father James A. Spielman. The Diocese of Buffalo paid the remainder of the settlement. The victim was abused by Spielman in different places located in the Buffalo Diocese as well as the Honolulu Diocese. The victim filed the case in federal court in Hawaii due to the retroactive window the state opened for survivors of sexual abuse.

March 2017 – The Catholic Diocese of Honolulu settled one of three lawsuits brought against Father George DeCosta claiming he sexually molested multiple teenage boys decades ago. The alleged abuse took place in the 1960s. Neither the survivor nor the diocese elected to release the details of the settlement.

*The settlements listed above are offered for educational purposes only and do not guarantee any future outcome or settlement. Each legal situation is different, and past performance does not guarantee future results. We do not maintain that is a full list of all settlements in the state of Hawaii but merely a grouping of those we choose to share on our website. Please contact us if you would like additional settlements included or if you notice any inaccuracies on our site. We strive to provide our viewers the most up to date and accurate information as possible.

While the legislators of Hawaii have passed laws to help survivors of sexual abuse, the Catholic Diocese of Hawaii still refuses to release the names of its clergy members who were credibly accused of sexual abuse of children. Even though such a list exists, and dioceses around the country have released lists of their own credibly accused priests, the Hawaii Diocese has chosen to shun requests to make such a list public. Their only statement on the issue was that names of accused priests in litigation are matters of public record and could be found. However, when pressed for further comment, the Diocese refused to do so.

Check back for recent news related to Hawaii’s sexual abuse and assault laws.