It has been over a year since a Pennsylvania grand jury released the names of 300 Pennsylvania priests accused of sexual abuse. Releasing those names may have helped garner some much-needed momentum for both victims and lawmakers. 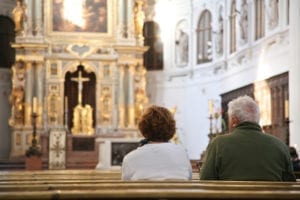 For lawmakers, reviewing and working toward victim friendly sexual abuse statute of limitations (SOLs) is a positive step since most victims don’t report their abuse until they are older. Many states including Pennsylvania, have recently improved their statute of limitations laws regarding sexual abuse. The statute of limitations, meaning the time a victim of priest sexual abuse has to file a claim, varies from state to state. According to Pennsylvania statute of limitation legislation passed in November 2019 for sexual abuse survivors, a claim must be filed by 55 years of age for a civil suit. There are no age restrictions for criminal prosecution. The PA grand jury is recommending that the State Legislator lift the civil age requirements and open it up to all ages to enable older victims to file a civil lawsuit. In addition, the lone bill that did not pass legislation in November 2019 was a 2-year revival window that would have allowed older victims, whose claims were previously time-barred due to SOL, to file civil suits. That said, advocates for this window have not given up. Their new plan to avoid the unconstitutionality of the bill is to amend the constitution itself. While both the House and Senate have approved the amendment, they both must pass this same legislation 2 years in a row. If approved a second time, the earliest it would go onto the ballot for voters is 2021.

However, the Catholic Church is not sitting idle in the wake of potential changes to the sexual abuse statutes. The church, not surprisingly, is lobbying against changing laws that eliminate or lengthen the statutes regarding childhood sexual abuse. The Catholic Church has paid out billions of dollars in settlements over the last 15 years to thousands and thousands of victims. Although these reports have only been made public in recent years, the abuse itself is documented as going back almost 70 years.

The Pennsylvania grand jury reported they reviewed 6 of the 8 Dioceses of Pennsylvania, including Allentown, Scranton, Erie, Greensburg, Harrisburg and Pittsburgh, and addressed over 1000 victims. They believed there were even more cases of abuse out there but the victims either didn’t come forward because they were so traumatized or their records were lost. All six dioceses have released the names of the priests involved in the allegations. Over 500,000 pages of internal diocesan documents were also reviewed and found over 300 credible allegations of abuse by Catholic priests. Catholic bishops of Pennsylvania asked for prayers for the victims of the Catholic Priests Sexual Abuse allegations and promised to make the church a safer place for children.

Hopefully the report and its revelations can help victims of Pennsylvania clergy abuse start the healing process. While there are victims of clergy abuse who do not recall it or will not come forward until adulthood, there are some who endured public and community scorn for stepping forward as children. The abuse these reports brought to light can help break down misconceptions regarding the scope of the Catholic Church sexual abuse cover up and show the true courage of the victims who stood up against it so many years ago.

If you or a loved one were a victim of sexual abuse within the Pennsylvania Dioceses, contact our firm today. Our law firm handles Pennsylvania sexual abuse lawsuits and can help you understand how long you have to file a clergy abuse claim in the state of Pennsylvania. Call us now at 1-800-941-7209 for a FREE and PRIVATE consultation.