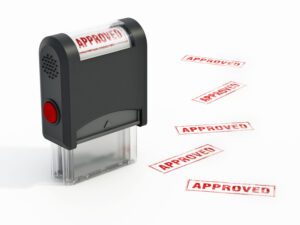 In 2018, a Pennsylvania grand jury report released the names of 300 priests accused of sexual abuse in the state. That report gave child sexual abuse survivors hope that changes to Pennsylvania’s statute of limitations laws were on the way. Since that time, however, efforts to change those laws have been bungled by Pennsylvania’s Department of State, and become bogged down in the state legislature.

New House Speaker Mark Rozzi, himself a survivor of childhood abuse by a priest, decided to take action. Rozzi recently vowed that no other legislation would be taken up until the Senate approved a constitutional amendment allowing child sex abuse victims to file claims that were previously time-barred. A week later, the bill was approved in the senate. In order to become law, the bill must now be passed by both chambers of the General Assembly and then go to Pennsylvania voters as a ballot referendum. In a statement, Rozzi said:

Let me be clear: as long as I am speaker of the House of Representatives, the House will consider no other legislation until the General Assembly passes the amendment for the second time. My friends, it is now 2023. We’ve talked the talk — now it’s time to walk the walk, together, one last time, for the victims of childhood sexual abuse.

Time and time again, studies have shown survivors of childhood sexual abuse may need years, even decades, before they are ready to come forward and share their stories. This makes the passing of laws opening revival windows or retroactively eliminating statute of limitations laws vitally important. Survivors shouldn’t ever feel forced to bring their claim before they are ready. Nor should they miss the opportunity to file a claim just because they missed an arbitrary date set by people who have no idea what they’ve been through. More state governments need to take steps to give survivors the opportunity to pursue justice when they are ready.

Sexual Abuse Lawyer for New Mexico Clergy Abuse Victims
If you or a loved one were a victim of sexual abuse within the Pennsylvania Dioceses, contact our firm today. Our law firm handles Pennsylvania sexual abuse lawsuits and can help you understand how long you have to file a clergy abuse claim in the state of Pennsylvania. Call us now at 1-800-941-7209 for a FREE and PRIVATE consultation.