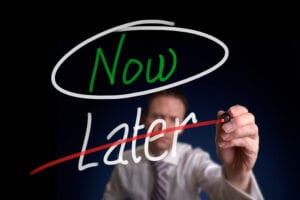 Pressure to change existing statute of limitations laws for survivors of sexual abuse began to emerge from the public after a 2018 grand jury report from the state’s Attorney General shed light on just how deep the Catholic Church’s cover-up of child sexual abuse ran in Pennsylvania. Three years later, efforts to change those laws are still getting bogged down in the state’s legislature.

While House Bill 951 has already passed the House and Senate Judiciary Committee, Senate Republican leaders have declined to hold a final vote on the proposed legislation. Erica Wright, a spokeswoman for Senate Majority Leader Kim Ward said Republicans are still trying to figure out whether or not a window for survivors can be opened without amending the state’s constitution. “This is an important and delicate matter that is being reviewed. I think it is fair to say the victims and elected officials have a common goal. I also understand and acknowledge the victims are frustrated with the timeline,” Wright said. “It has been suggested that we are stalling HB 951. We are not.”

While survivors and their supporters will continue to push forward, having to fight for every inch of ground takes an emotional toll. “People are tiring,” said Michael McDonnell, a spokesman for the Survivors Network of those Abused by Priests. “Some survivors are just so exhausted and they are comfortable with knowing that the constitutional amendment process has begun again.”

If you or a loved one were a victim of sexual abuse within the Pennsylvania Dioceses, contact our firm today. Our law firm handles Pennsylvania priest abuse lawsuits and can help you understand how long you have to file a clergy abuse claim in the state of Pennsylvania. Call us now at 1-800-941-7209 for a FREE and PRIVATE consultation.