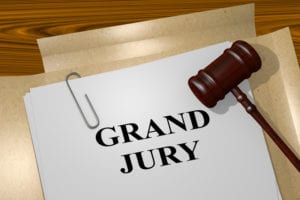 Pennsylvania Attorney General (AG) Josh Shapiro is working towards proving that leading Jehovah’s Witness officials have long been covering up sexual abuse committed by elders and relatives of the church. AG Shapiro has experience in uncovering sexual abuse scandals. In 2018, he released a report which revealed more than 300 Catholic Church priests abused more than 1,000 victims in the state of Pennsylvania dating back to the 1940’s.

The Jehovah’s Witnesses are a very large religious organization encompassing more than eight million followers around the world including famous names like Prince, Venus Williams, Serena Williams, and Donald Glover. The organization was founded by Charles Taze Russell in the 1870s in Pennsylvania where now more than 120,000 Witnesses reside. Philadelphia alone has more than twelve congregations.

Providing pertinent information for AG Shapiro’s investigation is Maryland resident Mark O’Donnell, who testified in front of a PA grand jury in 2019 for more than two hours. Additionally, Mr. O’Donnell has created a website that shares intimate details about the horrific sexual abuse on children within the Jehovah’s Witness community.

In a supporting story, the Philadelphia Inquirer published an article in 2018 that shared how Jehovah’s Witness leaders repeatedly ostracized and punished survivors and their families if they spoke outside the church or sought help from police regarding the sexual abuse.

Disturbingly, a 1989 leaked memo from the Jehovah’s Witness leaders stated that elders of the organization should resist cooperating with public officials and police if they ever showed up at kingdom hall with a search warrant. “The need for elders to maintain strict confidentiality has been repeatedly stressed,” one portion of the memo said.

Stressed with high legal bills from lawsuits filed by sexual abuse victims, Witness leaders recently sold their Brooklyn, NY headquarters for more than $1 billion to a real estate company run at the time by Jared Kushner, the son-in-law of President Donald Trump.

If you or a loved one were a victim of sexual abuse within the Jehovah’s Witness Church in Pennsylvania or any other state, contact our firm today. Our law firm handles Jehovah’s Witness sexual abuse lawsuits nationwide and can help you understand how long you have to file an abuse claim. Call us now at 1-800-941-7209 for a FREE and PRIVATE consultation.