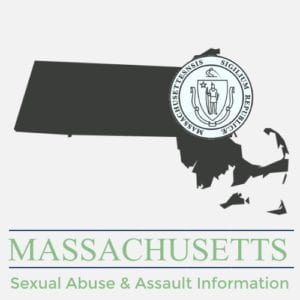 Massachusetts has made some efforts to change its statute of limitation laws to allow survivors of sexual abuse and assault to get justice against their abusers, while also allowing for compensation. These laws enable lawyers handling sexual abuse claims in Massachusetts to file cases against sexual predators, including clergy members.

Massachusetts has made a series of changes to its statute of limitation laws (SOLs) for child sex abuse claims beginning in 2002. A highlight of the SOL reform included a civil revival law passed in 2014 to help sexual abuse survivors. In addition, in 2021, additional legislation was introduced to broaden the statute of limitations in order to help more survivors of childhood sexual abuse.

In 2006, Massachusetts eliminated the criminal SOL for all felonies related to sex abuse with one stipulation. If the prosecution of the offense is more than 27 years after the crime, either DNA or corroborating evidence is required. Child USA, who has evaluated every state based on their criminal statute of limitation laws, gave Massachusetts a Criminal SOL score of 3, on a 1-5 scale, where 5 is the highest. A score of 3 is defined as a criminal SOL eliminated for felonies only.

Prior to 2014, the civil SOL for sexual abuse of a minor in Massachusetts was only age 21, or 3 years from the discovery of the abuse; whichever was later. In 2014, Massachusetts extended the civil SOL to age 53 and increased the discovery rule from 3 years to 7; again, whichever is later. As an example, if a 65-year-old man was diagnosed with PTSD, and that diagnosis was linked to abuse he had repressed, but suffered as child, the discovery rule would allow a civil claim to be filed against his abuser.

Note that while this change allows for claims to be brought against the abusers on previously expired claims, it does not allow claims to be brought against the institutions that may also be responsible for the abuse; a law unique to Massachusetts. In addition, only Massachusetts and Connecticut have civil SOL laws that are both retroactive and have an age cap. This is different from most other states who typically have a fixed time period, or ‘window’, in which expired claims can be revived for a certain time period.

However, in 2021, Massachusetts legislators introduced a new bill which would not only eliminate the civil SOL for child sex abuse, but also open a permanent revival window for all expired claims. Additionally, the bill seeks to remove the $20,000 cap on damages for claims against charitable organizations which would allow survivors of clergy sexual abuse the ability to seek justice against institutions like the Catholic Church.

Child USA, who has also evaluated every state based on their civil statute of limitation laws, gave Massachusetts a Civil SOL Age Cap score of 4, on a 1-5 scale, where 5 is the highest. A score of 4 is defined as a civil SOL age cap for survivors age 50 and older. Additionally, Child USA gave Massachusetts a related SOL Revival Law score of 2 on the same 1-5 scale. A score of 2 is defined as a revival window, revival up to a certain age or revival of all claims, against perpetrators only.

If you or someone you love was sexually abused or assaulted in Massachusetts, contact us now. Due to Massachusetts’s improved statute of limitations laws, those sexually abused as a minor likely still have a claim against their abuser, no matter how long ago the abuse occurred. Even if the abuser is deceased, you may still have a claim against the organization responsible.

It is estimated that the Roman Catholic Dioceses within Massachusetts have paid out more than $130 million to the survivors of sexual abuse over the last 20 years. The actions of the Boston Archdiocese, surrounding the coverup of priest molestation, is perhaps the most famous in the country, and has remained in the public eye for many years following the Boston Globe “Spotlight” article that was first published in 2002, and later made into a film in 2015. While the media attention and public outcry against the Boston Archdiocese was monumental, and the total payments made to survivors fairly significant, the individual payments received by the victims of the Catholic Church abuse scandal in the Boston area is quite small in comparison to other dioceses around the country. Even more troubling is that the Boston Archdiocese rarely released the names of the accused priests as part of their settlements.

December 1992 – An agreement was reached between 68 sex abuse victims and the Fall River Diocese for at least $5,000,000 for claims of priest molestation against Rev. James R. Porter.

September 2002 – An agreement was finally reached between the Archdiocese of Boston and 86 victims of sexual abuse against defrocked priest John J. Geoghan for $10,000,0000. The agreement came after a May settlement was abandoned in the 11th hour by the church which could have paid up to $30,000,000; a decision that created extreme backlash from plaintiff lawyers, victims and the media. The $10 million settlement was divided to the victims based on the following:

January 2003 – Two Jesuit run high schools in New England, along with the Jesuit New England province and the Diocese of Portland agreed to pay $5,800,000 to 15 victims abused by former clergy. The abuse occurred at Cheverus, a Jesuit high school in Portland, Maine, Boston College High School in Dorchester, MA, and a Jesuit residence in the South End of Boston where Rev. James Talbot lived. Talbot was a teacher at both BC High and Cheverus. Rev. Francis J. McManus, also a named priest in the settlement, was also a teacher at BC High.

September 2003 – The Boston Archdiocese agreed to an $85,000,000 settlement with 552 clergy molestation survivors. In addition to the financial settlement, the survivors were promised a role in shaping the Catholic church sexual abuse policy going forward. All claimants who were abused were expected to receive a minimum of $80,0000 but no more than $300,000 each, with only a few exceptions for those gravely harmed. Relatives claiming loss of consortium were awarded $20,000. A full list of priests involved in this settlement was not released to the public; however, it was claimed that 140 priests in total were accused.

March 2006 – The Boston Archdiocese settled cases with 88 priest molestation victims for a little over $6,000,000 resulting in average settlements of about $75,000. It was noted that the amount paid per victim was about half that of those in the landmark 2003 settlement involving over 500 survivors. As with prior settlements with the Boston Archdiocese, the list of accused priests was not released.

2007 – In a report released by the Archdiocese of Boston, “Financial Disclosure of the Archdiocese of Boston regarding Sexual Abuse Settlement and Related Costs”, just over $2 million was paid to 34 victims of priest molestation. Over $3,000,000 was used to ‘cover the expenses associated with administering abuse prevention efforts and funding outreach to promote healing and reconciliation with survivors and other harmed by sexual abuse.” No names of accused priests were released.

2008 – Similar to the 2007 report, the Archdiocese of Boston reported payments of $5,475,368 to 55 victims of clergy molestation in 2008. In addition, over $2.7 million was allocated to “cover the expenses associated with administering abuse prevention efforts and funding outreach to promote healing and reconciliation with survivors and other harmed by sexual abuse.” The names of the priests involved were not released.

2009 – In the 2009 report, “Financial Disclosure of the Archdiocese of Boston regarding Sexual Abuse Settlement and Related Costs”, settlements were reached with 27 sex abuse survivors for $3,600,000 in 2009. In addition, $2.6 million was allocated to “cover the expenses associated with administering abuse prevention efforts and funding outreach to promote healing and reconciliation with survivors and others harmed by sexual abuse.” The names of the priests involved were not released.

August 2014 – A settlement was reached for $4,500,000 between the Diocese of Springfield and 59 victims of sex abuse by clergy members. In total, 18 priests were accused, and their names released by the church:

August 2020 – The Order of Saint Augustine, a Catholic order, will compensate 11 survivors of priest sexual abuse $1,400,000. All the survivors have accused Rev. John J. Gallagher of sexual abuse between 1974-1978 stemming from his time at St. Mary’s Parish and school in Lawrence, MA from.

*The settlements listed above are offered for educational purposes only and do not guarantee any future outcome or settlement. Each legal situation is different, and past performance does not guarantee future results. We do not maintain that is a full list of all settlements in the state of Massachusetts but merely a grouping of those we choose to share on our website. Please contact us if you would like additional settlements included or if you notice any inaccuracies on our site. We strive to provide our viewers the most up to date and accurate information as possible.

Catholic Dioceses in Massachusetts have released the names of priests and clergy members who they deemed to be ‘credibly accused’ of sexual abuse of a child.

The lists below will be updated as litigation or investigations are concluded so that new names of credibly accused priests in Massachusetts can be added.

A former altar boy is suing a priest he claims sexually abused him over 30 years ago when he was only 12 years old.Click the headline to read more…

The Supreme Judicial Court ruled the Diocese of Springfield cannot use charitable immunity to avoid a clergy sexual abuse lawsuit. Click the headline to read more…

The Diocese of Springfield recently released an expanded list of clergy and church employees credibly accused of sexual abuse. Click the headline to read more…

Massachusetts’ lawmakers have filed several bills which would open doors to civil justice for many survivors of child sex abuse if passed. Click the headline to read more…

11 Survivors were compensated $1.4 Million to settle priest abuse claims against John J. Gallagher during his time at St. Mary’s Parish in Lawrence, MA. Click the headline to read more…

Sexual Abuse accusations against former Diocese of Springfield Bishop, Christopher J. Weldon, were deemed ‘credible’ through an independent investigation by a former Judge. Click the headline to read more…

A lawsuit was filed in New Mexico claiming sexual abuse against former priest, David Holley, who once served in the Worcester Diocese. Click the headline to read more…

“Father Dick” Dies in Prison, Covid-19 Possible Cause of Death