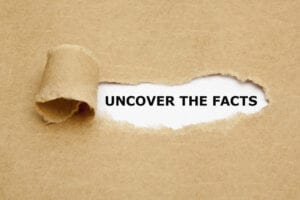 In June 2020, retired Judge Peter Velis, alongside the Archbishop of the Springfield Diocese, Mitchell T. Rozanski, released a report outlining the investigation of sexual abuse claims against the late Bishop Christopher Weldon, a well-known Springfield Diocese bishop. The report deemed the allegations against Weldon to be ‘credible’. Weldon served the Diocese of Springfield from 1950-1977 as bishop and passed away in 1982.

The investigation started in July 2019 when Judge Velis was called upon by the Office of Safe Environment and Victim Assistance within the Roman Catholic Diocese of Springfield to conduct an independent and outside investigation of the claims made against Bishop Weldon and to evaluate how the Diocesan handled the complaint. In addition, he was tasked with finding ways to improve how the diocese would handle matters like this moving forward.

The initial allegations against Weldon were first made in 2014 by a man who chose to remain anonymous, referred to here as ‘John Doe’. In September of 2018, the Diocesan Review Board notified Bishop Rozanski that the claims made by John Doe against Weldon were both “compelling and credible”. The report made clear several things; not only were the allegations credible, but the current process for handling these types of matters is flawed.

Later in January of 2019, John Doe publicly told his story at a community meeting. The meeting was set up by the Diocese and designed to allow members to share their concerns and get answers from the Diocese regarding continued clergy abuse reports and allegations. Even though Bishop Rozanski was present at that meeting, and heard John Doe’s account, he refused to add Weldon to the Diocese’s credibly accused list.

It was not until Judge Velis’s report was released in 2020 that the once ‘good’ name of Weldon was now rightfully stained. The Catholic church, at the direction of Bishop Rozanski, took the following action:

Since Weldon passed in 1982, and obviously is not able to defend or refute the allegations, Judge Velis made special note in his report, stating he “conducted the process in the light most favorable to him.” Even as such, Judge Velis concluded,

“…I still reached an informed and indisputable conclusion. I found the allegations of the complainant concerning the late Bishop Christopher J. Weldon to be unequivocally credible.”

Judge Velis had equally pointed words regarding the process of reporting. In the report he also states at length the reporting flaws;

“The processing of the complaint was replete with differing valuations of the allegations and included conflicting analyses, opinions and conclusions. This reflected a clear lack of industry and concern for the quality of the entire process in terms of the scope of the investigation.

It was clear in my examination that the process included an inexplicable modification and manipulation of the reports received by and acted on by the Diocesan Review Board. Additionally the complaint process was compromised in that mandatory reporters failed in their duties to report the allegations to prosecutorial authorities.

Significantly, in evaluating the actions of those involved in the Weldon assessment, I found that there was a reluctance to fervently pursue an evaluation of allegations against him due to his prominence and revered legacy in the religious community. Therefore, in response to my charge in assessing how the Diocese responded to the complainant, I conclude from the myriad of evidentiary factors expressed in my final report that from the inception of the complaint through the follow-up process, the procedure was greatly flawed.”

Looking for a Sexual Abuse Lawyer for a Claim Against the Diocese of Springfield?

If you or a loved one were a victim of sexual abuse within the Diocese of Springfield or any other Massachusetts diocese, contact our firm today. Our firm handles Massachusetts sexual abuse lawsuits and can help you understand how long you have to file a clergy abuse claim in the state of Massachusetts. Call us now at 1-800-941-7209 for a FREE and PRIVATE consultation. Don’t wait; your time to file a claim may be limited.