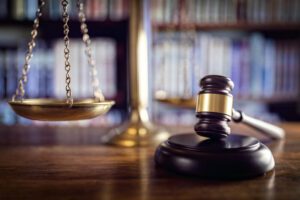 The Massachusetts Supreme Judicial Court, the highest court in the commonwealth, upheld a lower court’s ruling which will allow a clergy sexual abuse claim to move forward.

The lawsuit was brought in 2021 by a former altar boy who alleged he was sexually abused as a child in the 1960s by former Diocese of Springfield Bishop Christopher Weldon as well as two priests. The lawsuit also alleges that the church engaged in a cover-up to protect the bishop’s reputation. The diocese tried to have the suit dismissed based on charitable immunity. However, in its ruling, the Supreme Judicial Court held that charitable immunity did not apply because “The abuse allegedly carried out by Weldon and other church leaders was not, and could not be, related in any way to a charitable mission.”

The diocese hired a retired judge to review the claims. In June 2020, he found that the claims of sexual abuse against Weldon were “unequivocally credible,” and that there was a “reluctance to fervently pursue an evaluation of allegations against (Weldon) due to his prominence and revered legacy in the religious community.”

The attorney for John Doe is extremely unhappy with the way the diocese is handling her client’s case.

The diocese victimized the plaintiff when he was an altar boy and continues to victimize him to this day for the way they are handling the case. On behalf of my client, we are grateful that the Supreme Judicial Court has made it crystal clear that the diocese cannot hide behind the cloak of immunity any longer.

The fact that the diocese would try and hide behind charitable immunity is disgraceful. Once again, the church is making it known that it is going to prioritize protecting itself instead of the innocent people it victimized. Trying to cover-up the original abuse is bad enough, but then going so far as to fight a credible claim after being exposed is shameful.

Sexual Abuse Lawyer for Massachusetts Clergy Abuse Victims
If you or a loved one were a victim of sexual abuse within the Massachusetts Dioceses, contact our firm today. Our law firm handles Massachusetts sexual abuse lawsuits and can help you understand how long you have to file a clergy abuse claim in the state of Massachusetts. Call us now at 1-800-941-7209 for a FREE and PRIVATE consultation.