Augustinians Agree to Settlement of $1.4 Million for Sexual Abuse Claims 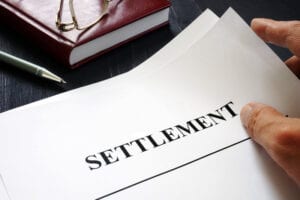 A $1.4 million dollar settlement was reached with the Augustine Order involving sexual abuse allegations against deceased Rev. John J. Gallagher. The settlement compensates 11 survivors, 10 females and 1 male whom Gallagher abused between 1974 and 1978 during his time at St. Mary’s School in Lawrence, MA.

John J. Gallagher was a priest at St. Mary’s Parish from 1971 to 1979. During his association with St. Mary’s, he held positions in the associated school parish from 1972 to 1979 and elsewhere in the community, in which he coached swimming and basketball. Based on victims’ accounts, Gallagher abused victims in the gym, cafeteria, and the swimming pools at Lawrence Reform School and Lawrence YMCA.

This is the second abuse settlement reached by the Augustine Order that involved Gallagher. After nearly two years of out-of-court negotiations, a 2018 settlement was paid to 8 victims, 5 men and 3 women, by the Augustine Order. Gallagher was accused of abusing the three women in Lawrence, MA at the same St. Mary’s of the Assumption Parish. Father Robert Turnbull was accused of sexual abusing the men at Austin Preparatory School in Reading, MA.

The effects of priest abuse are both deep and wide, and can last for decades. In an interview with the Eagle-Tribune newspaper, one of Gallagher’s victims spoke about those lasting effects. She mentioned even though it has been 40 years, there isn’t a day that goes by she doesn’t think about her abuse. She went on further to say it wasn’t easy to speak up, but it was beneficial and provided validation.

It is estimated Gallagher may have abused hundreds of children. If you were a victim of Gallagher and would like to know the legal options available to you, our priest sexual abuse attorneys are here to help. All conversations are PRIVATE and CONFIDENTIAL.

Looking for a Sexual Abuse Lawyer for a Claim Against John J. Gallagher and the Catholic Church?

If you or a loved one were sexual abused by John Gallagher, contact our law firm today. Our firm handles Massachusetts priest sexual abuse lawsuits and can help you understand how long you have to file a clergy abuse claim in the state of Massachusetts. Call us now at 1-800-941-7209. Don’t wait; your time to file a claim may be limited.