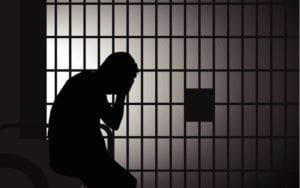 Reverend Richard McCormick, who was convicted in 2014 of raping two young boys, passed away at Bridgewater State Treatment Center. He was 79 years old. Due to privacy laws, the cause of death has not been released, but the Department of Corrections for Bridgewater State has confirmed that at least three deaths there have been linked to an outbreak of COVID-19.

McCormick faced more than a dozen other allegations of sexual abuse or inappropriate behavior around the country. McCormick was a member of the Salesians of Don Bosco, a Catholic order in New Rochelle, New York. He served as the provincial, which is the equivalent of a bishop in the order.

In 2014, McCormick was convicted on five counts of raping a child at a summer camp for underprivileged children at the former Sacred Heart Retreat in Ipswich, Massachusetts in 1980. He also pleaded guilty to raping another boy at the same camp, which got him a second term in prison. The second victim was able to identify McCormick through an online directory of priests. After viewing photos and names he realized that his abuser was known to him as “Father Dick”.

McCormick was also facing other accusations of sexual abuse or inappropriate behavior towards children throughout the country.

If you or a loved one were a victim of sexual abuse within the Massachusetts Dioceses, contact our firm today. Our law firm handles Massachusetts sexual abuse lawsuits and can help you understand how long you have to file a clergy abuse claim in the state of Massachusetts. Call us now at 1-800-941-7209 for a FREE and PRIVATE consultation.