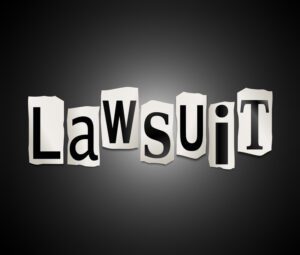 Former altar boy Jason Medeiros filed a lawsuit claiming that Rev. Richard Degagne sexually abused him on multiple occasions when he was 12 and 13 years old at St. Anthony of Padua parish.

Medeiros was an altar boy and student at St. Anthony’s from 1988 to 1991. He started there as a 12-year-old and was fifteen when he left. Medeiros was also a member of the church youth group which was under the direction of Degagne. The alleged abuse occurred at least three times in Degagne’s bedroom at the church rectory and at least two times in his car. There was also a claim of abuse during an overnight trip to Maine.

In December of 2021, the Diocese of Fall River released a statement saying that allegations of sexual abuse of a minor made against Degagne were determined to be credible. Although Degagne did deny the allegations. As a result of the allegations, Degagne was suspended from ministry, which means he cannot exercise any public duties, cannot provide spiritual guidance, and cannot wear clerical attire or present himself as a priest. Fall River policy says that an allegation of sexual abuse of a minor is determined to be credible when it has a “semblance of truth” under canon law.

The Survivors Network of those Abused by Priests (SNAP) praised Medeiros for his bravery in a press release:

The courageous victim who presented this case this year has finally “aged into” reporting . He had only turned 20 when the Boston scandal broke. Imagine the countless victims who were like him. By our accounting and since the year 2000, 350 priests have been charged, which represents for only 10% of the abuse. Arrests occurring after 2000 cannot yet be termed “historic” (as the church would like you to believe). Reports from the 1990s will become prevalent in a few more years (as more victims come forward).

Sexual Abuse Lawyer for Massachusetts Clergy Abuse Victims
If you or a loved one were a victim of sexual abuse within the Massachusetts Dioceses, contact our firm today. Our law firm handles Massachusetts sexual abuse lawsuits and can help you understand how long you have to file a clergy abuse claim in the state of Massachusetts. Call us now at 1-800-941-7209 for a FREE and PRIVATE consultation.