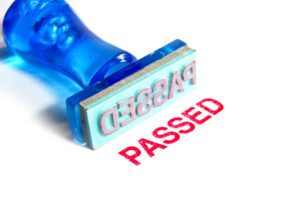 Following overwhelming support and being passed by the Louisiana Legislative Committee in May, the Louisiana Senate unanimously voted, 32-0, to remove the statute of limitations for child sex abuse victims to pursue civil claims in court. In addition, the passage of House Bill 492, also opens a 3-year revival window, allowing survivors with older child sex abuse claims that may have previously been time-barred, to bring a claim in court, no matter how long ago the abuse occurred.

The bill, sponsored by Rep. Jason Hughes, D-New Orleans, now heads to Governor John Bel Edwards’ desk for signature into law. In a statement by Hughes:

House Bill 492 will never cure the pain of victims; however, it gives them a chance to achieve justice and hopefully some sense of closure. This bill will send a powerful message to every vicious predator that child sexual abuse is unconscionable and will not be tolerated or condoned in Louisiana.

The only entity to openly oppose the bill was the director of the Louisiana Conference of Catholic Bishops, Tom Costanza. While he submitted a card expressing his opposition of Hughes’ bill, he didn’t speak on the issue at the May 11th hearing, nor did he renew is objection as the legislation progressed. Ironically, the state’s largest Diocese, the Archdiocese of New Orleans, has been able to insulate itself from future lawsuits, having filed for bankruptcy protection last year. Under the bankruptcy protection plan, those who were sexually abused by a member of the New Orleans Archdiocese had until March 1st to file a claim, or forever lose their right to do so.

The Archdiocese of New Orleans is not alone in its attempts to limit payouts to sexual abuse victims. Many other Catholic Dioceses, including Santa Fe (New Mexico), Camden (New Jersey), Harrisburg (Pennsylvania), and a cluster of Dioceses in New York (Buffalo, Rochester, Rockville Centre, and Syracuse) have all filed for bankruptcy protection under the law.

Even with the bankruptcy protection laws, Hughes’ bill will give hundreds, if not thousands of child sexual abuse victims the ability to seek damages against their abusers and those institutions responsible for covering up the abuse.