Dioceses of Camden Files for Bankruptcy 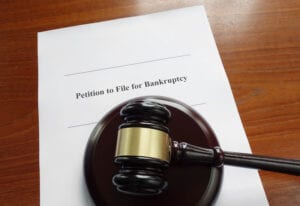 According to the Camden Diocese, offertory collections during church services provide an important revenue stream necessary for the financial stability of the institution. However, COVID-19 and social distancing regulations put in place to curb the spread of the virus have caused attendance at services to plummet. This, in turn, led to a major decrease in collections received during church masses. This situation is not unique to Camden, as the Rockville Centre Diocese also noted the decrease in the amount of monies received in the weekly offertory collection due to COVID-19 as one of the reasons it filed for Chapter 11 protection. Pre-pandemic, the Rockville Centre offertory collections made up about 40 percent of its annual revenue.

The Camden Diocese’s financial struggles were becoming apparent before it filed for bankruptcy. While it had paid out $8 million in claims through the Victims Compensation Program, it eventually suspended compensation payments in July 2020. At the time, the Diocese stated falling revenue due to COVID-19 was the reason why compensation payments to survivors had to be halted.
In 2019, New Jersey legislators reviewed and overhauled the state’s statute of limitations laws regarding sexual abuse. This overhaul had major implications for victims seeking accountability for abuse suffered at the hands of clergy. Part of the overhaul included a two-year revival window which allowed previously time-barred claims a ‘window’ to pursue a civil case against an abuser. Fifty lawsuits involving decades-old claims have been filed since the change in laws.

The Diocese did attempt to mediate the Chapter 11 process with the Tort Claimants’ Committee, but no agreement could be reached. The diocese filed its Chapter 11 Plan of Reorganization and detailed Disclosure Statement on Dec 31, 2020, with the bankruptcy courts.

In a public statement, the Diocese claimed “Plaintiffs’ lawyers have been advertising extensively so any claimant who wishes to come forward is well-aware of the Chapter 11 process and should be given that opportunity now. Instead of encouraging people to come forward, plaintiffs’ lawyers seem to want to elongate the process and see more money dissipated on wrangling.”

Lawyers representing the victims say the diocese’s plan to compensate victims does not serve them justice for what they have been through. Only $10 million would be set aside for victims while a staggering $217 million would go to fund other diocesan activities.

As the bankruptcy court works with both parties to formalize compensation details, survivors should be aware that important deadlines for filing claims will be announced at some point. Typically, in bankruptcy proceedings, a bar date will be set as the deadline for when a claim must be submitted. Our law firm can help you understand all the deadlines associated with filing a claim against the Diocese of Camden.

The Diocese of Camden’s press release announcing its reorganization can be viewed here.

If you or a loved one were a victim of sexual abuse within the Diocese of Camden, contact our firm today. Our law firm handles New Jersey sexual abuse lawsuits and can help you understand your rights when it comes to submitting a claim against the Camden Diocese. Call us now at 1-800-941-7209 for a FREE and PRIVATE consultation.