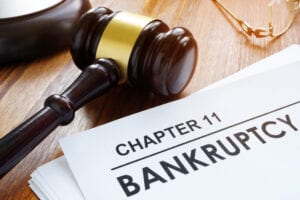 In June, the Diocese of Syracuse filed a petition for reorganization through Chapter 11 of the U.S. Bankruptcy Code. In a June 19, 2020 letter, Bishop Douglas J. Lucia noted he had authorized the filing and the case would be before the United States Bankruptcy Court in the Northern District of New York.

In the letter, the Bishop states the diocese currently has 100 lawsuits pending against it, and in the last month alone, at least 38 new clergy abuse suits have been filed. Moreover, some of those cases include clergy who have not been previously identified as credibly accused, meaning there could be many more pedophile priests that the church has not accounted for.

The Diocese stated in its reorganization ‘frequently asked questions’ document that clergy abuse lawsuits, following the inception of New York’s Child Victims Act, is the reason for the bankruptcy filing. By the Diocese’s admission, they are looking at millions of dollars in litigation costs, settlements, and jury awards, of which it would not have enough liquid assets to pay out on all the claims fairly and equitably. According to the Diocese, without the filing, it would delay justice for victims and create compensation inequality, favoring those who file first.

In the June 19, 2020 letter, Bishop Douglas J. Lucia states, “It is important to note that it is only the corporation of the Roman Catholic Diocese of Syracuse New York that has filed for reorganization before the U.S. Bankruptcy Court. The parishes within the Diocese, the Foundation including the Hope Appeal, Catholic Charities, Catholic schools, and other entities associated with the Catholic Church of Syracuse are separate corporations and are not directly involved in these proceedings.” Unfortunately for victims of clergy abuse, this likely means that payouts to survivors will be smaller, as the Diocese looks to keep many of its assets separated in the bankruptcy proceedings.

This ‘reorganization of assets’ is not a new concept. In a January 2020 article written by Bloomberg Businessweek, and previously discussed on our site, the publication estimated that $2 billion had been concealed by the Catholic church, which in part is accomplished by incorporating parishes separately from the archdiocese and diocese. By burying these assets, they are effectively able to limit the compensation paid to sexual abuse survivors. The Diocese of Buffalo and the Diocese of Rochester have both already filed for bankruptcy protection.

The Diocese of Syracuse is very pointed in both the June 19 letter and their official reorganization frequently asked questions documents, of the very distinct separation of assets, which hints that the Diocese of Syracuse plans to use a similar tactic to hide assets that should be left available to properly compensate abuse survivors.

The 38 newly filed sexual abuse cases are an example of survivors continuing to hold the church accountable and coming forward to tell their stories. No matter the tactics of the Syracuse Diocese, or any other diocese seeking chapter 11 bankruptcy protection, clergy abuse survivors still have rights and the ability to demand compensation from the Catholic Church.

The entire letter can be viewed here.

Looking for a Sexual Abuse Lawyer for a Claim Against the Diocese of Syracuse?

If you or a loved one were a victim of sexual abuse within the Diocese of Syracuse or any other New York diocese, contact our firm today. Our firm handles New York sexual abuse lawsuits and can help you understand how long you have to file a clergy abuse claim in the state of New York. Call us now at 1-800-941-7209 for a FREE and PRIVATE consultation. Don’t wait; your time to file a claim may be limited.