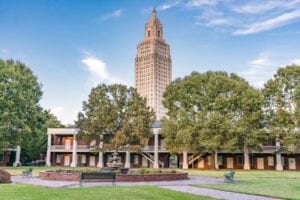 Bill 492 received overwhelming support and passed the Louisiana Legislative Committee and will now head to the Louisiana State Legislature House of Representatives. The Bill extends the statute of limitations (SOL) for sexual abuse survivors to 35 years after the victim’s 18th birthday. This is a full 25 years longer than the state’s current statute of limitations. The Bill also removes the SOL against perpetrators who have been convicted of abuse.

The only opposition to the Bill came from the Louisiana Conference of Catholic Bishops. This, however, shouldn’t be a surprise as the Catholic Church has shown it will do everything in its power to protect its reputation and its property. If the Catholic Church were truly interested in caring for survivors and taking responsibility for the decades of abuse, it would not oppose any statute of limitations reform. While the church continues to say it stands with survivors and wants to help them heal, its actions seem to say different as any potential steps to healing that are offered outside the church are met with resistance.

State Rep. Jason Hughes, the Bill’s sponsor, said there were a couple of key reasons to extend the state’s SOL for sexual abuse survivors. “By the time most victims were ready to come forward, the courthouse doors were locked, shutting victims out of justice,” Hughes said, “and Statute of limitations reform identifies hidden child predators that allow the abuse to go public so children will not be abused in the future.” According to Hughes, the average age of sexual abuse victims coming forward and reporting the abuse is age 52.

Hopefully, the Bill is passed in the House of Representatives and becomes law. Survivors of sexual abuse have endured years of emotional pain; being told they can no longer pursue justice once they are ready to tell their story is akin to victimizing them all over again.

If you or a loved one were a victim of sexual abuse within the Louisiana Dioceses, contact our firm today. Our law firm handles Louisiana clergy sexual abuse lawsuits and can help you understand how long you have to file a clergy abuse claim in the state of Louisiana. Call us now at 1-800-941-7209 for a FREE and PRIVATE consultation.