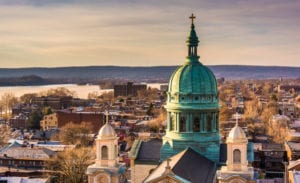 The Harrisburg Catholic Diocese has recently declared bankruptcy as a result of ongoing and mounting Catholic Church sexual abuse claims. The diocese has already paid out nearly $13 million to 111 victims of childhood sexual abuse and church officials believe there may be more than 200 additional victims who could seek compensation through the bankruptcy proceedings.

Richard Serbin, an attorney that has represented victims in multiple Catholic Church sex abuse cases had this to say about the recent diocese filings. “Victims will be compensated. The question is: How much?” Serbin also explained that the size of the potential financial award is only one reason to sue in civil court. Another reason is to bring public awareness to the historic sexual abuse and cover-up by Church leaders over the past century. Additionally, plaintiff lawyers would also have a chance to gain access to private Church archives that could provide credible evidence to reported sexual abuse and cover-ups.

One specific case, regarding victim Donald Asbee who was allegedly sexually abused by 2 priests at St. Joseph Church in Milton, PA during the 1960s, is expected to go to trial after he rejected the church’s offer of $176,800 through the diocese’s compensation fund. Mr. Asbee now expects his financial award via a jury trial to be much more than the church’s offer. For comparative purposes, Richard Serbin represented another sexual abuse victim who was awarded $2.57 million through a jury verdict in the state of Pennsylvania.

A resulting benefit for victims of sex abuse in the Harrisburg Diocese from the bankruptcy is that some may now be able to file a claim beyond Pennsylvania’s existing statute of limitations window. In other words, the bankruptcy filing is meant to resolve all possible claims regardless of when the abuse occurred. Lawyers believe these potential claims will be paid more quickly.

Looking for a Sexual Abuse Lawyer for a Claim Against the Harrisburg Diocese?

If you or a loved one were a victim of sexual abuse within the Diocese of Harrisburg or any other Pennsylvania diocese, contact our firm today. Our firm handles Pennsylvania sexual abuse lawsuits and can help you understand how long you have to file a clergy abuse claim in the state of Pennsylvania. Call us now at 1-800-941-7209 for a FREE and PRIVATE consultation. Don’t wait; your time to file a claim may be limited.