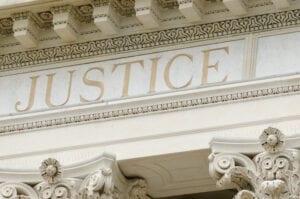 Three sexual abuse lawsuits filed against the Scranton Diocese at the end of 2020 allege that church officials knew the accused clergy members were abusing children and instead of punishing those priests, they transferred them to other parishes. Earlier lawsuits also indicated a similar pattern regarding cover-ups by Bishops in the Scranton Diocese. Retired Bishop James Timlin and current Bishop Joseph Bambera were also named in these lawsuits alongside the Diocese of Scranton.

The accused clergy members include Rev. Gerald Burns, Rev. Williams Culnane and Rev. Neil McLaughlin. Two of the lawsuits, filed by men, say they were molested at St. Dominic’s Parish in Wilkes-Barre in the early 1970s. Burns is accused of repeatedly abusing his victim under the guise of ‘sexual education’. Burns, who died in 1999, was identified in the 2018 Pennsylvania grand jury report.

Culnane is accused of multiple instances of sex abuse, including groping, oral sex and rape. Culnane was not identified in the grand jury report and is not listed as a credibly accused priest by the Diocese. Culnane still holds his faculties and is now retired.

The third lawsuit was filed by a woman who alleges she was raped by McLaughlin in the backseat of his car after he offered her a ride home from catechism class. While McLaughlin was not named on the 2018 grand jury report, his name does appear on the Scranton Diocese credibly accused list.

While sexual abuse lawsuits continue to be filed in Pennsylvania, some victims are currently left without recourse due to existing PA statute of limitations laws. However, in the past months, Pennsylvania legislators have been pushing to create a revival window that would allow victims with previously time-barred claims the opportunity to file a case against his or her abuser.

Looking for a Sexual Abuse Lawyer for a Claim Against the Diocese of Scranton?

If you or a loved one were a victim of sexual abuse within the Diocese of Scranton or any other Pennsylvania diocese, contact our firm today. Our firm handles Pennsylvania priest sexual abuse lawsuits and can help you understand how long you have to file a clergy abuse claim in the state of Pennsylvania. Call us now at 1-800-941-7209 for a FREE and PRIVATE consultation. Don’t wait; your time to file a claim may be limited.