Bishops Cover Up in the Diocese of Scranton 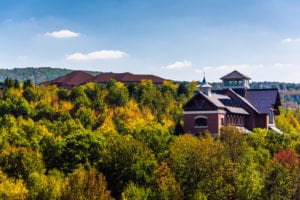 A lawsuit has been brought against Bishop James Timlin and Bishop Joseph Bambera for their part in covering up years of alleged sexual abuse by priests in the Diocese of Scranton.

After years of thinking it was “too late” to do anything about their abuse, four men have come forward and accused Father Michael Pulicare, the former assistant pastor of St Joseph’s Parish, of sexual abuse. Pulicare died in 1999 and the church was renamed Divine Mercy of St Joseph, which is located on Davis St in Scranton, Pennsylvania. Each man filed their own separate lawsuit.

The victims claim they were molested following a fishing trip with Father Pulicare when they were only eleven and twelve years of age. They also said the abuse occurred at the home of Father Pulicare’s parents. The abuse of one of the four victims continued for many years and in different locations, including the Diocese of Scranton headquarters, St. Peter’s Cathedral, and several other out of state locations. Acts of sodomy, rape, child pornography, and much more have left severe emotional scars that will likely last for the rest of the victim’s life.

Looking for a Sexual Abuse Lawyer for a Claim Against the Diocese of Scranton?

If you or a loved one were a victim of sexual abuse within the Diocese of Scranton or any other Pennsylvania diocese, contact our firm today. Our firm handles Pennsylvania sexual abuse lawsuits and can help you understand how long you have to file a clergy abuse claim in the state of Pennsylvania. Call us now at 1-800-941-7209 for a FREE and PRIVATE consultation. Don’t wait; your time to file a claim may be limited.