Volkswagen (VW) outfitted hundreds of thousands of its diesel vehicles with software designed to fraudulently pass emission tests in the United States. The company has put aside billions of dollars to fix these “clean diesel” vehicles, falsely advertised as such and as “environmentally friendly,” but has not given a timetable as to when those fixes will occur. Owners of the affected vehicles are now stuck with a car with little to no resale value and whose performance will most likely suffer as a result of the fix. Protect your rights as a consumer, call our firm today. 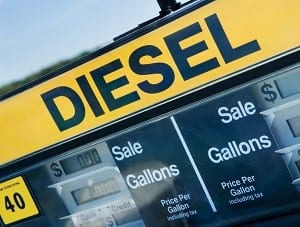 Although we expect VW to fix these so-called “clean diesel” vehicles, our firm intends to also hold them accountable for the economic loss suffered by consumers who purchased or leased on of VW’s affected vehicles. VW intentionally mislead the public with claims of high performance with clean emissions. As early as May 2014, the Environmental Protection Agency ordered VW to fix this emissions problem. The order was completely ignored and VW continued to manufacture, market, and sell these vehicles. Many people chose VW over competitor vehicles, and paid a premium in doing so, based on VW’s false claims. Our firm believes VW deserves to be held accountable for this and is seeking compensation for those consumers affected.

The following models of VW diesel vehicles are included in the VW emission lawsuit:

Are You Eligible for a VW Diesel Emissions Lawsuit?

The Feeney Law Firm is committed to seeking justice for those affected by VW Diesel Emissions. Fighting to keep people safe from corporate greed and self-interest is our passion. We are here to help make that process as simple as possible for you and your family. Call us now at 1-800-809-0911 for a FREE consultation. Don’t wait; your time to file a VW Diesel Emissions lawsuit may be limited.