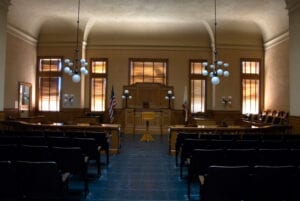 In 2019, a three-judge Superior Court panel reinstated Renee Rice’s lawsuit by overturning a lower court’s ruling which stated the statute of limitations precluded her from bringing the suit. The panel’s decision allowed Rice to continue pursuing her claim against Reverend Charles Bodziak for sexually abusing her while she attended St. Leo’s Church in Altoona, PA in the 1970s and 1980s. Retired Bishop Joseph Adamec and deceased Bishop James Hogan have also been named in the lawsuit for their role in helping to cover up the abuse.

The issue is whether or not the Court should “apply the same discovery rule and fraudulent concealment principles that the Court has applied in every single case that has come before it where factual conflicts regarding statute of limitations arise.” The Diocese’s lawyers argued that Ms. Rice was aware of her initial ‘injury’ decades ago when the sexual abuse occurred. They claim that she should have investigated the Diocese’s liability at that point since it employed Bodziak so her claims should be precluded based on Pennsylvania’s statute of limitations law. However, Rice’s attorneys say she couldn’t have been aware of the Catholic Church’s role in protecting predatory clergy until a 2016 Grand Jury Report made the issue public, and that’s when the statute of limitations should start running.

While a decision is not expected for months, many survivors in Pennsylvania will be waiting anxiously as the outcome could determine whether or not their individual claims will make it past the current statute of limitations law.

As this case is being decided, legislative changes have been proposed which could open up a revival window for childhood sexual abuse victims to file civil cases against predator priests and clergy members. If the bill can pass the General Assembly by February 18, there would be an opportunity to be included on the May 18 primary ballot.

If you or a loved one were a victim of sexual abuse within the Pennsylvania Dioceses, contact our firm today. Our law firm handles Pennsylvania priest abuse lawsuits and can help you understand how long you have to file a clergy abuse claim in the state of Pennsylvania. Call us now at 1-800-941-7209 for a FREE and PRIVATE consultation.