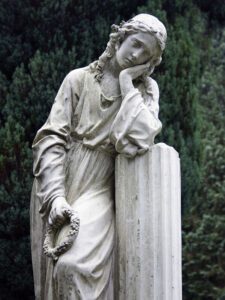 It’s been 20 years since the U.S. Conference of Catholic Bishops adopted the “Charter for the Protection of Children and Young People”, which called for zero tolerance for priests who sexually abuse children. Jesuit Father Jerry McGlone is concerned about the psychological effects the anniversary could have on survivors. McGlone has a keen insight into how survivors might react to the church congratulating itself on the milestone since he is a survivor of clergy sexual abuse himself. McGlone explained in a June 9 interview with Catholic News Service:

This big 20th anniversary … the church might be wise to think about the fact that every time you advertise all that you’ve done … it doesn’t matter if you don’t start by saying you’re sorry. As (Boston) Cardinal Seán (P.) O’Malley says, ‘We can never say sorry enough.’

One of the biggest issues McGlone has with how the church has dealt with the clergy sexual abuse scandal is, what he describes as, a lack of “lamentation.” The dictionary defines lamentation as “the passionate expression of grief or sorrow.” To back up his belief, McGlone points to the fact that a recent statement released by U.S. bishops regarding the anniversary contained no apology for the sexual abuse scandal. For McGlone, there’s also no sense of sorrow for what victims went through either.

“Yet again, where is there a sense of contrition in this?” he said, pointing to the USCCB statement. “Instead, we’re commemorating 20 years of ‘we’re doing so well.’ We’re still not being heard. How is the survivor story at the heart of their response? That’s the question I have.”

One of the more troubling aspects to McGlone, as a survivor of clergy sexual abuse, is the cover-up aspect of the sexual abuse scandal. To this day, he still feels betrayed that fellow priests not only ignored but went so far as to protect other clergy members who were sexually abusing children. He thinks the church hasn’t done enough to fully confront the sexual abuse scandal and make survivors feel like the church cares about what happened to them.