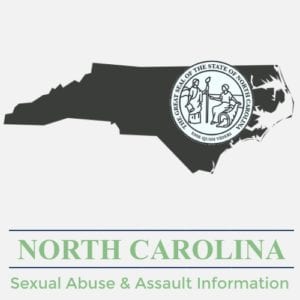 North Carolina’s efforts to change legislation has helped survivors of sexual abuse get justice against their abusers in the courts, and also allows for compensation. However, the state is still in the bottom half of the country when compared to other state’s statute of limitations laws for child sexual abuse. These laws enable lawyers handling sexual abuse claims in North Carolina to file cases against sexual predators, including clergy members, and the Catholic church.

North Carolina did reform its child sexual abuse statute of limitations laws and opened a revival window, however, that window has since closed, and the state still has a long way to go to really help survivors of sexual abuse.

There is no criminal statute of limitations (SOL) for sexual assault felonies in North Carolina. For misdemeanor crimes of sexual abuse, the SOL was extended to 10 years. Child USA, who has evaluated every state based on their criminal statute of limitation laws, gave North Carolina a Criminal SOL score of 3, on a 1-5 scale, where 5 is the highest. A score of 3 is defined as a criminal SOL eliminated for felonies only.

In 2019 North Carolina took great strides to update and better its sexual abuse and assault civil statute of limitations laws. Previously set at age 21, or 3 years after discovery, North Carolina’s new legislation moved the age to 28. The new law also added a 2-year extension from criminal conviction of a perpetrator for a related felony sexual offense. While North Carolina does have a common law discovery rule, it is very narrow in scope and has yet to be applied successfully to a childhood sexual abuse claim.

Child USA, who has also evaluated every state based on their civil statute of limitation laws, gave North Carolina a Civil SOL Age Cap score of 2, on a 1-5 scale, where 5 is the highest. A score of 2 is defined as a civil SOL age cap between 26 and 34 years old for survivors. Additionally, Child USA gave North Carolina a related SOL Revival Law score of 3 on the same 1-5 scale. A score of 3 is defined as a revival window or revival up to age 30-54, for claims against perpetrators and private organizations.

If you or someone you love was sexually abused or assaulted in North Carolina, contact us now. Due to North Carolina’s current laws, those sexually abused as a minor could still have a claim against their abuser, depending upon how long ago the abuse occurred. Even if the abuser is deceased, you may still have a claim against the organization responsible. Don’t wait to file your claim.

From 1950-2002 there were 940 active and retired priests in the Diocese of Raleigh. During that same time period, 32 people made allegations of sexual misconduct against 15 of the 940. The diocese paid out $292,388 in settlements, legal fees and counseling in those fifty years. From 2002-present the Diocese of Raleigh has paid nearly $2.4 million in what it calls “misconduct settlements.”

2006 – The Roman Catholic Diocese of Raleigh paid more than $1.1 million in 2006 to settle five sexual abuse claims against two priests. According to an annual audit, the abuse occurred in the 1960s and 1970s. The diocese claimed the payout was nearly double what was expected.

June 2010 – The Roman Catholic Diocese of Charlotte agreed to pay $1.23 million to a survivor of sexual abuse. The victim said he was 14-15 years old when he was abused by his priest. Father Robert Yurgel made incriminating statements on a taped phone call with the victim that also led to him being sentenced for molesting the victim.

*The settlements listed above are offered for educational purposes only and do not guarantee any future outcome or settlement. Each legal situation is different, and past performance does not guarantee future results. We do not maintain that is a full list of all settlements in the state of North Carolina but merely a grouping of those we choose to share on our website. Please contact us if you would like additional settlements included or if you notice any inaccuracies on our site. We strive to provide our viewers the most up to date and accurate information as possible.

On October 10, 2018 the Diocese of Raleigh released the names of priests and deacons who they deemed to be ‘credibly accused’ of sexual abuse of a child. In December 2019 the Diocese of Charlotte followed suit.

The lists below will be updated as litigation or investigations are concluded so that new names of credibly accused priests in North Carolina can be added.

Former Charlotte priest and convicted pedophile Robert Yurgel is facing another allegation that he sexually abused a minor years ago. Click the headline to read more…

North Carolina’s Sexual abuse and assault laws were strengthened by the passing of Senate Bill 199. The SAFE Child Act closed loopholes and opened a revival window for sexual abuse cases to be filed. Click the headline to read more…

The lawsuits by two men against the Diocese of Charlotte claim the dioceses should have known the priests were molesting children. Click the headline to read more…

In what some thought should have been made public a long time ago, the North Carolina Diocese released the names of 23 clergy members who were credibly accused of child sex abuse. Click the headline to read more…