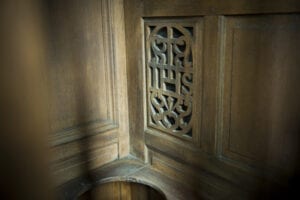 Defrocked Charlotte Diocese priest Robert Yurgel is facing a new claim that he allegedly sexually abused a boy as young as five years old inside St. Matthews Church in Ballantyne. Yurgel has already served 8 years in prison for sexually abusing an altar boy back in 1999. The lawsuit has also named the Charlotte Diocese and the Capuchin Franciscan Friars.

In order to get the boy alone, Yurgel allegedly would tell him that he needed to engage in this sexual activity as part of confession. Yurgel would then take the victim to a room in the church and molest him.

The Safe Child Act is credited with enabling Yurgel’s victim to bring this lawsuit as it most likely would have been time-barred under North Carolina’s previous statute of limitations laws. The Safe Child Act opened a 2-year revival window for previously expired child sex abuse claims against perpetrators, other individuals and entities. The window opened on January 1, 2020 and closes on December 31, 2021.

The Charlotte-Mecklenburg Police Department was notified of the child sexual abuse allegation and notified the diocese that it planned to investigate the charge.

Regarding the sexual abuse claim, the Charlotte Diocese issued a statement, saying “The diocese takes all allegations of child sexual abuse seriously, no matter when they might have occurred, and continues to encourage anyone who has information about possible abuse to report it to police.”

The victim’s lawyer was quoted as saying “Robert Yurgel is a convicted pedophile and a registered sex offender who no doubt abused multiple children. It would not be a surprise if there are other kids still out there.”

The complaint against Yurgel comes almost a year after Father Patrick Hoare, also of St. Matthews Church in Ballantyne, was placed on administrative leave after the Charlotte Diocese received a complaint that Hoare sexually abused a minor 25 years ago when he worked in Pennsylvania. The police were notified and the diocese stated that it will cooperate with the investigation.

Looking for a Sexual Abuse Lawyer for a Claim Against the Diocese of Charlotte?

If you or a loved one were a victim of sexual abuse within the Diocese of Charlotte or Diocese of Raleigh, contact our firm today. Our firm handles North Carolina clergy abuse lawsuits and can help you understand how long you have to file a clergy abuse claim in the state of North Carolina. Call us now at 1-800-941-7209 for a FREE and PRIVATE consultation. Don’t wait; your time to file a claim may be limited.