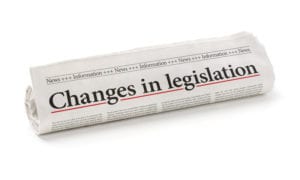 In November 2019, Governor Roy Cooper signed Senate Bill 199 into law. In the signing of the bill, which went into effect December 1, 2019, North Carolina took a positive step forward in protecting sexual abuse and assault victims. The bill closed loopholes like sexual contact under the premise of medical treatment, or consent revocation involving incapacitation by alcohol. These types of loopholes made it harder to prosecute sexual predators.

Major changes came to child abuse laws as well. North Carolina’s previous age for filing a civil lawsuit was 21. The age has been extended to 28. Moreover, if you are over 28, the bill opened a ‘revival window’ which allows a claim to be filed for a case that was previously time barred due to the state’s statute of limitations laws. North Carolina’s current revival window is set to close on December 31, 2021.

Senate Bill 199 is being labeled the “SAFE Child Act”. Josh Stein, North Carolina’s Attorney General, believes “keeping children safe from abuse and violence is job one for parents and for the state. The SAFE Child Act does exactly that… It will make sure abuse is reported and prosecuted – allowing more victims to see justice and putting abusers behind bars. And it will allow adults who were violated as children to sue their abusers in court for the damages they suffered.”