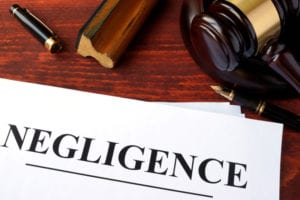 Last November, North Carolina legislators opened a 2-year ‘revival window’ allowing survivors of sexual abuse, whose claims were previously time barred, the ability to file a claim against their abusers. The new window has allowed two men, who remain anonymous, the ability to refile their claims after their original cases were dismissed in 2014. At that time, the diocese successfully argued that the claims were past their statute of limitations.

The two priests accused were both included on the “credibly accused” list released by the Charlotte Diocese in December of 2019. One of the survivors alleged that former priest, Richard Farwell, sexually abused him from 1981-1984 while he was an altar boy at St. Ann’s Church in Charlotte. It is reported that Farwell was placed on leave in 1985 and sent to a treatment facility in Massachusetts but later returned to the Charlotte diocese in 1988. In 1999 he was accused of abusing a 10-year-old boy in the early 1980s which resulted in him being transferred to Miami in 2002. In April of 2002, his faculties were revoked and later that same year he was indicted on charges of “indecent liberties”. He pled no contest in 2004 and was sentenced to 180 days probation, counseling, and community service.

The other victim named Joseph Kelleher, who served at Our Lady of Annunciation in Albemarle, as his abuser in the lawsuit. His claim states that Kelleher abused the victim from 1977 to 1978 when he was only 14 years old. Kelleher was legally charged, but the claims were dismissed by a judge in July of 2014 who ruled that due to his dementia, he was not mentally fit to stand trial. Kelleher died just one month later in August of 2014.

A statement released by the Diocese of Charlotte regarding the lawsuits says “We disagree that the diocese is liable to the plaintiffs and will respond to the litigation in court at the appropriate time. The diocese takes allegations of child sexual abuse very seriously and remains committed to providing a safe environment for all people, especially the young and vulnerable.” The lawyer for the victims responded by saying, “We hear a lot from the diocese and the Catholic Church about reconciliation and healing and doing better, but it certainly seems to me that hasn’t translated into how they will handle allegations going forward.” The lawsuits seeks more than $25,000 from the diocese for each survivor.

Looking for a Sexual Abuse Lawyer for a Claim Against the Dioceses of Charlotte?

If you or a loved one were a victim of sexual abuse within the Dioceses of Charlotte or any other North Carolina diocese, contact our firm today. Our firm handles North Carolina sexual abuse lawsuits and can help you understand how long you have to file a clergy abuse claim in the state of North Carolina. Call us now at 1-800-941-7209 for a FREE and PRIVATE consultation. Don’t wait; your time to file a claim may be limited.