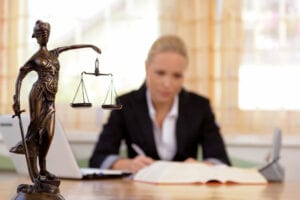 The new clergy members being accused for the first time include:

In addition to the newly accused priests, 3 of the perpetrators have been named in numerous complaints and include:

The Diocese of Ogdensburg covers the northernmost part of New York state, including the counties of; Clinton, Essex, Franklin, Jefferson, Lewis and St. Lawrence and the northern portions of Hamilton and Herkimer, and thus the diocese falls under New York’s Child Victims Act. Even though these new lawsuits allege clergy sexual abuse from more than 20 years ago, the act allows survivors of sexual abuse to file claims against the perpetrators and the organizations responsible. Prior to the passing of this legislation, many of these claims would likely have been past the statute of limitations and these victims would have been unable to file their claims in court. In May of this year, New York legislators agreed to extended The Child Victims Act deadline to January 14, 2021 due to shutdowns in the court system caused by coronavirus.

The Child Victims Act is allowing many childhood abuse survivors to seek accountability through compensation. According to the church, the growing number of child sex abuse lawsuits has put a financial strain on many of New York’s Dioceses, and some have even sought bankruptcy protection from the courts. Three of the six New York Dioceses, including the Diocese of Syracuse, Buffalo, and Rochester have already filed for bankruptcy protection. To date, the Diocese of Ogdensburg has not sought bankruptcy protection but church officials have admitted that it is an option. Many survivors’ groups have been critical about the Roman Catholic Church’s attempts to hide assets through bankruptcies in an effort to lower the compensation paid to victims of clergy sexual abuse. In fact, in an expose conducted by Bloomberg Businessweek, the news mongrel estimated that over $2 billion in assets had been shielded by the Catholic Church through bankruptcy proceedings.

Even with the threat of bankruptcy, there are still many legal options available to survivors of clergy sexual abuse.

Looking for a Sexual Abuse Lawyer for a Claim Against the Diocese of Ogdensburg?

If you or a loved one were a victim of sexual abuse within the Diocese of Ogdensburg or any other New York diocese, contact our firm today. Our firm handles New York sexual abuse lawsuits and can help you understand how long you have to file a clergy abuse claim in the state of New York. Call us now at 1-800-941-7209 for a FREE and PRIVATE consultation. Don’t wait; your time to file a claim may be limited.