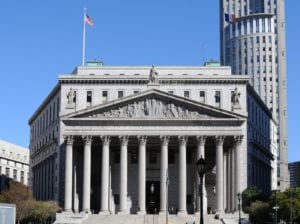 In August 2019, New York legislature enacted a new law that gave survivors of childhood sexual abuse a one-year window to file a lawsuit against their abusers. Already, over 500 cases have been filed with the state and experts estimate that thousands of lawsuits are on the way. Advocates, including attorneys, for the victims believe that justice is needed in the form of being heard by the public, recognition of the abuse, and financial compensation. Melissa Breger, a professor at the Albany (NY) Law School, agrees, “I think for a lot of these folks, it’s validation that, ‘Yes, what happened to me was wrong and the fact that I was a child and could not do anything about it is being understood now and I can now seek redress as an adult.” Ms. Breger also previously worked with domestic violence victims and victims of childhood abuse.

New York is the 15th state to enact legislation that temporarily waives the statute of limitations associated with victims of childhood sexual abuse allowing them to file claims against their abusers.

California passed similar legislation in 2003 which resulted in over 1,000 victims filing lawsuits against their abusers while shining a much-needed light on the Catholic Church’s decades-long sexual abuse cover up. All in all, California Dioceses paid $1.2 billion in settlements and released confidential documents that showed one of their leaders, Cardinal Roger M. Mahony of Los Angeles, attempted to shield priests from prosecution of child molestation according to the LA times.

If what happened in California is any indication of how the new legislation will impact New York, then justice will continue to be served for sexual abuse victims.

If you or a loved one were a victim of sexual abuse within the New York Dioceses, contact our firm today. Our law firm handles New York sexual abuse lawsuits and can help you understand how long you have to file a clergy abuse claim in the state of New York. Call us now at 1-800-941-7209 for a FREE and PRIVATE consultation.