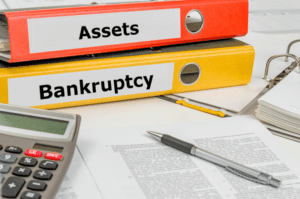 Not only has the Catholic Church been forced to deal with a very public child sex abuse problem, but their past sins are now manifesting into growing financial concerns as the Church struggles to provide restitution to those it wronged.

Decades ago, the concerns of its pedophile clergy was ‘solved’ by keeping the issue a secret and hoping no one would find out. In one particular clergy molestation case involving Fr. James M. Janssen at a YMCA, the then Davenport Bishop wrote about the incident in 1958 saying, “It is consoling to know that no general notoriety has arisen, and I pray none may result”.

As the decades rolled on, lawsuits began to emerge, and the Catholic Church was forced to develop a strategy to deal with the number of growing sexual abuse allegations. The strategy shifted to ‘out of court’ settlements which were accompanied by non-disclosure agreements in an effort to limit public knowledge. Then, in 2002 after the Boston Globe investigation report, Spotlight, was published, the strategy of settling these clergy abuse cases quickly and quietly out of court would prove difficult. The pedophile clergy problem the Catholic Church tried extremely hard to cover up for decades, became a very public problem.

Unfortunately, many childhood sexual abuse victims do not report the incident(s) until later in life. Recent studies have shown only about one third of child sexual abuse victims in the U.S. tell authorities of their abuse before adulthood. Given statute of limitation laws in some states, this delay in reporting has only helped the Catholic Church. However, recently several states have amended their statute of limitations for childhood sexual abuse cases giving survivors more time to file claims. In addition, many have also created ‘revival windows’, allowing claims to be filed which previously would have been time-barred. These changes have given many victims, who previously had no legal standing, the ability to hold the Catholic Church and pedophile clergy accountable.

Given that the pedophile clergy issue within the Catholic Church, and the rampant attempts to cover it up, is now a very public issue, we are seeing more and more survivors come forward to tell their story and file lawsuits to hold the Catholic Church accountable. This has created a significant monetary issue for the church. One strategy implemented by certain dioceses over the last few years has been to file for bankruptcy protection. According to a Bloomberg Businessweek review of the bankruptcies, the Catholic Church has reclassified not only current, but future assets. In doing so it is estimated that $2 billion dollars in assets has been buried by the Catholic Church to avoid paying clergy sexual abuse victims.

Bloomberg Businessweek goes on to explain that for over fifteen years the church has been hiding its money through reclassification of assets preceding bankruptcy. One of the tactics used was to incorporate parishes separately from the Archdiocese which allowed the church to downplay the true value of its real estate. Another tactic involved moving millions of dollars into funds and trusts. For example, the Catholic Foundation Fund whose purpose is to help retired priests and train new incoming clergy to the priesthood, was not classified as an asset. Plaintiffs’ attorneys for sexual assault survivors have argued that this fund should be considered an asset of the church and added into the bankruptcy calculations. A similar trust fund was set up to maintain cemeteries, schools and churches and was also excluded as an asset for bankruptcy value calculations.

As the bankruptcy proceedings progress, the assets are accounted for then split up per the bankruptcy agreement. If the Catholic Church is able to successfully argue certain assets shouldn’t be included, then survivors stand to get significantly less compensation.