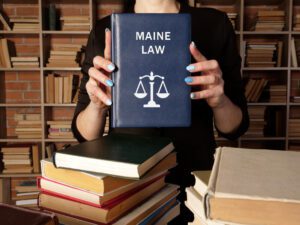 Maine sexual abuse survivor Robert Dupuis was only 12 years old in 1961 when Rev. John J. Curran began sexually abusing him. Over time, the abuse progressed from hugs to fondling and occurred when he was alone with Curran. Dupuis went public with the abuse he suffered in 2008 when he requested that Curran’s name be removed from a bridge in Augusta.

Despite the fact that Maine eliminated the statute of limitations for child sexual abuse in 2000, Dupuis was unable to bring a civil lawsuit in 2008 because the law was not retroactive, meaning any survivor whose claim was time-barred prior to 2000 did not receive the benefit of the change in law. However, Maine has passed new child sexual abuse statute of limitations reform which will give survivors like Robert Dupuis the ability to file lawsuits. The new law goes into effect on October 18th and, presumably, will allow anyone with a sexual abuse claim, regardless of how old it is, the ability to file it against their abuser and/or the organization(s) responsible for covering up the abuse.

While Dupuis is still considering whether or not he will file a lawsuit against the Diocese of Portland, he says the new law giving survivors as much time as they need to come forward is important because the process of feeling ready to speak about abuse can take decades. “The reason I am doing this is to help people like myself, who have been sexually abused in their childhood, to come forward and speak about it and to help them heal,” he said. “I lived with my abuse for over 40 years before I came forward and was willing to speak about it.”

It is unclear how many new lawsuits could be filed after the law comes into effect, but states like New York and California saw a large increase in the number of clergy sexual abuse cases filed when those states opened revival windows or reformed their statute of limitations laws.

Looking for a Sexual Abuse Lawyer for a Claim Against the Diocese of Portland?

If you or a loved one were a victim of sexual abuse within the Diocese of Portland, contact our firm today. Our firm handles Maine sexual abuse lawsuits and can help you understand how long you have to file a clergy abuse claim in the state of Maine. Call us now at 1-800-941-7209 for a FREE and PRIVATE consultation. Don’t wait; your time to file a claim may be limited.