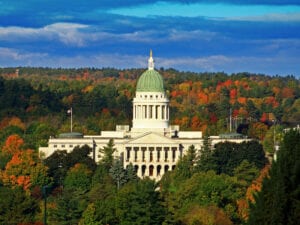 Maine Governor Janet Mills recently signed into law a bill that will allow survivors of childhood sexual abuse to file civil lawsuits against their perpetrators no matter how long ago the abuse occurred. While the state did eliminate the state of limitations for childhood sexual abuse claims in 2000, that law was not retroactive so survivors whose claims were expired at that point could not bring them forward. This new law, however, enables all previously time-barred claims to be filed.

Rep. Lori Gramlich, the bill’s sponsor, disclosed that she is a survivor of childhood sexual abuse during her testimony on the bill. In her opinion, the bill will allow survivors to be heard. “For me, it’s not about suing somebody for big bunches of money,” Gramlich said. “It’s about having an opportunity to have justice.”

Not surprisingly, the Roman Catholic Diocese of Portland opposed the bill and argued that the state already has a wide timeframe with its current statute of limitations law. It also claimed that the legal process could be burdened by older claims. Luckily, those arguments were not persuasive enough and the new law will go into effect 90 days after the Legislature adjourns.