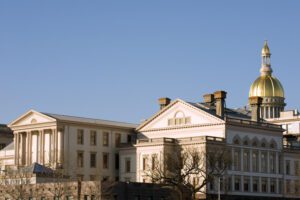 Seeing so many new lawsuits being filed while the revival window is open is not a surprise, since states like New York and California saw a large increase in the number of clergy sexual abuse cases filed when they opened revival windows or reformed their statute of limitations laws.

One of the lawsuits filed in November alleged that a religious order priest sexually assaulted a 12-year-old girl in 2006. This allegation of abuse was passed on to New Jersey law enforcement authorities by the attorney for the Diocese of Paterson. Since there is no criminal statute of limitations for serious sexual offenses in the state, the alleged perpetrator could be prosecuted for the crime. While many of the claims filed in the state are decades old and accuse priests who have since died, there are still many accusations against living priests which would fall into the category of still being criminally prosecutable.

Court records show that 779 lawsuits have been filed against New Jersey’s five Catholic dioceses since the revival window was opened, which made up the majority of the 1,200 total sexual abuse cases filed in the last two years. Similar to what was done in Pennsylvania and Wisconsin, the state’s Attorney General’s Office had a task force spend the last two years investigating sexual abuse and potential cover-ups in the Catholic Church with the hope of presenting its findings to a grand jury. Currently there is no set release date for the report, as it has been delayed by the pandemic.

While New Jersey’s 3-year revival window is now closed, the state has also passed a permanent window which eliminated the statute of limitations for all child sex abuse survivors under the age of 55.

If you or a loved one were a victim of sexual abuse within the New Jersey Dioceses, contact our firm today. Our law firm handles New Jersey sexual abuse lawsuits and can help you understand how long you have to file a clergy abuse claim in the state of New Jersey. Call us now at 1-800-941-7209 for a FREE and PRIVATE consultation.