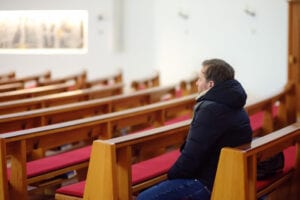 Connecticut’s current civil statute of limitations law (SOL) for childhood sexual abuse leaves older victims of abuse without an avenue to pursue justice because their claims are time-barred by the law. Unfortunately, those survivors will have to wait at least another year to see if any impactful changes will be made to those statute of limitations laws since no bill to change the SOL was introduced to the state legislature in the 2020 session.

Sen. Mae Flexer has headed the charge to get the law changed and recommended that legislation be introduced that would eliminate the current statute of limitations laws regarding childhood sexual abuse. Flexer also wants the potential change in the law to be retroactive, meaning survivors of childhood sexual abuse whose claims are currently prohibited due to the SOL would be able to bring their claims under the new law. This is important to many survivors because it often takes years, even decades, before survivors are ready to come forward and share their stories of abuse. In the article, University of Pennsylvania professor Marci Hamilton says, “on average, it takes a person until age 52 to reveal to someone they were sexually assaulted as a child, which is one year later than the current statute of limitations.”

Leaders of the Connecticut chapter of the Survivors Network of those Abuse by Priests (SNAP) have been working with the legislature’s Judiciary Committee to make sure a bill is introduced in the 2022 session. While they are hopeful, they haven’t received any guarantees by legislators. Survivors point out that states like New York and others have opened revival windows for survivors to file claims, so there should be no issue with Connecticut following suit.

Childhood sexual abuse survivor John Maguire said he was disappointed that no bill had been introduced in the last two sessions. Maguire was sexually abused as an 8-year-old altar boy and finally gained the courage to report his abuse when he was 48. Unfortunately, at that time he had missed his deadline to file by three weeks. For his part, Maguire was encouraged by the current developments and was hopeful that in 2022 changes would be made.

“If it was up to the church, all these guys would be dead before they get anything. This is not about politics. This is the morally right thing to do,” he said about eliminating the statute of limitations. “I don’t know why it has not been done already.”