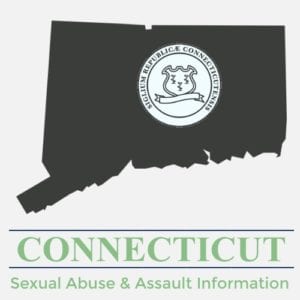 Connecticut is noted for being one of the most victim friendly states in the country with regards to sexual abuse and assault laws. Its efforts to change legislation have helped survivors of sexual abuse get justice against their abusers in the courts, and also allows for compensation. These laws enable lawyers handling sexual abuse claims in Connecticut to file cases against sexual predators, including clergy members, and the Catholic church.

With efforts starting as early as 2002, Connecticut has become one of the most advanced states in the country by eliminating the statute of limitations (SOLs) for child sexual abuse for both criminal and civil claims. In fact, in 2002, the state passed a revival law for sexual abuse survivors to allow claims that were previously expired be filed in court.

In 2002, Connecticut eliminated the criminal SOL for felonies and for any sexual abuse, sexual exploitation or sexual assault of a minor, including risk of injury involving intimate contact with a victim under the age of 16. Child USA, who has evaluated every state based on their criminal statute of limitation laws, gave Connecticut a Criminal SOL score of 5, on a 1-5 scale, where 5 is the highest. A score of 5 is defined as a criminal SOL eliminated for all felonies and misdemeanors. Connecticut is one of only 9 states to be given a perfect Criminal SOL score.

In 2002, Connecticut eliminated the civil SOL for any claim that led to a 1st degree aggravated or sexual assault conviction, and for all other sexual abuse claims, extended the SOL to age 48 for survivors. This extension was “retroactive”, meaning that survivors up to age 48 could file claims against their abusers. In 2019, the state went one step further and extended the civil SOL again to age 51 for all sexual abuse crimes committed after October 1, 2019. Connecticut is one of only three states, including neighboring Massachusetts and Rhode Island, to enact an age-limit for the revival of expired civil SOLs.

Child USA, who has also evaluated every state based on their civil statute of limitation laws, gave Connecticut a Civil SOL Age Cap score of 5, on a 1-5 scale, where 5 is the highest. A score of 5 is defined as an eliminated SOL age cap for survivors. Additionally, Child USA gave Connecticut a related SOL Revival Law score of 3 on the same 1-5 scale. A score of 3 is defined as a revival window or revival up to age 30-54, for claims against perpetrators and private organizations.

If you or someone you love was sexually abused or assaulted in Connecticut, contact us now. Due to Connecticut’s elimination of civil statute dates for childhood sexual abuse, those sexually abused as a minor may still have a claim against their abuser. Even if the abuser is deceased, you may still have a claim against the organization responsible. Don’t wait to file your claim!

April 2000 – The Diocese of Bridgeport agreed to settle a lawsuit brought by Frank Martinelli, a former altar boy who claimed he was sexually abused by Rev. Lawrence Brett decades ago at a Stamford church. While the exact amount of the settlement was not released, a source called it “substantial.”

October 2003 – The Diocese of Bridgeport announced a settlement with 40 sexual abuse survivors for $21 million. The survivors alleged that they were molested by 16 diocesan priests when they were children during the 1960s through the mid-1990s. Bridgeport Bishop at the time, William Lori, apologized to the survivors and asked for forgiveness. “Let me express my personal remorse and the remorse of the entire diocese for the harm that was caused in the lives of so many individuals,” he said. “With all my heart I apologize and I ask for forgiveness.”

November 2006 – Michael J. Long, of Waterford, was awarded $1.1 million in his lawsuit against the Diocese of Norwich and St. Mary’s Star of the Sea Church. Long claimed he was molested by Father Bruno Primavera when he was 14-15 years old at the St. Mary’s rectory.

October 2016 – The Archdiocese of Hartford agreed to settle a sexual abuse claim for an undisclosed amount. The claim was brought by a man who claimed he was abused over a period of months beginning in October 2000 when he was 13-years-old. The abuser was Sri Lankan priest Rev. Edward Warnakulasuriya, also known as Edward Tissera.

March 2019 – The Diocese of Bridgeport agreed to pay $3.55 million to five men who claimed they were sexually abused by priests when they were children. The abusers named in the settlement were: Rev. Walter Coleman, Rev. Robert Morrissey and Rev. Larry Jensen. The alleged abuse occurred between the 1980s and early 2000s.

March 2020 – The Archdiocese of Hartford and the Hopkins School in New Haven agreed to settle a lawsuit brought by a man who claimed he was abused as a 12-year-old in 1990 and 1991 by then teacher, Glenn Goncalo. At the time, New Haven police had already received other reports of Goncalo sexually abusing other boys. Goncalo killed himself before he could be brought to justice. Details of the settlement remain confidential.

*The settlements listed above are offered for educational purposes only and do not guarantee any future outcome or settlement. Each legal situation is different, and past performance does not guarantee future results. We do not maintain that is a full list of all settlements in the state of Connecticut but merely a grouping of those we choose to share on our website. Please contact us if you would like additional settlements included or if you notice any inaccuracies on our site. We strive to provide our viewers the most up to date and accurate information as possible.

Catholic Dioceses in Connecticut have released the names of priests and clergy members who they deemed to be ‘credibly accused’ of sexual abuse of a child.

The lists below will be updated as litigation or investigations are concluded so that new names of credibly accused priests in Connecticut can be added.

The following list was produced in January 2019 and contains the names of “Archdiocese of Hartford clergy who have been the object of legal settlements or otherwise credibly accused of sexual abuse of a minor from 1953 to the present.”

This list was first produced in October 2015 and was last updated on January 22, 2020 and contains the names of “credibly accused Diocesan priests and accused religious order priests who served in the Diocese of Bridgeport.”

This list was updated in November 2019 and contains the names of clergy with “allegations of substance of sexual abuse of a minor who served in the Diocese of Norwich.”

No bill to change the state’s current civil statute of limitations was introduced to the Legislature in 2020. Click the headline to read more…

Academy at Mount Saint John in Deep River is facing 35 sexual abuse lawsuits by men who claim they were sexually assaulted as boys by Brother Paul McGlade. Click the headline to read more…

An agreement has been reached between the Episcopal Church and a former Connecticut diocese priest involving sexual abuse allegations. Click the headline to read more…