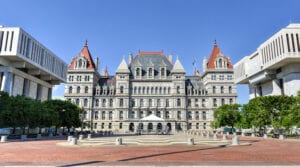 In 2016, Cardinal Timothy Dolan, leader of the Archdiocese of New York, introduced the Independent Reconciliation and Compensation Program as a way to compensate victims of clergy sex abuse, and according to the church, “promote healing” and “bring closure” to the sexual abuse crisis ailing the Catholic Church.

Kenneth Feinberg, a prominent mediation attorney, was hired to administer the program, which gave those victimized by the Catholic Church the ability to file a claim without the need to file a lawsuit or engage in difficult litigation. According to Joseph Zwilling, a spokesperson for Cardinal Dolan, the program was established to “address the desire of victim-survivors of clergy sexual abuse to find healing and compensation.” He describes the program as very successful in reaching that goal for a large number of victims.

However, earlier this year, ABC News obtained a transcript of a confidential teleconference held in December of 2017 between Feinberg and the lawyers and leaders of the Dioceses of Syracuse, Buffalo and Rochester. The transcript describes Feinberg, on behalf of Dolan, extolling the benefits of the Independent Reconciliation and Compensation program, specifically citing that doing so would bolster the arguments of the church’s lobbyists. At the time, those lobbyists were busy in Albany arguing that a change to the state’s statute of limitations laws was not necessary because the church was handling the situation themselves. According to the transcript, Feinberg says “We want to be able to show Albany that people are accepting this money and signing releases. You don’t need to change the statute.” He further explained that the change in legislation could open up the Diocese to much larger claims than were currently being paid out by the program, boasting that “Right now, we have not paid any claim, however horrific, at more than $500,000.”

Look, I can’t wait around wondering what Albany is going to do or not going to do. If I did, I’d never accomplish anything! But, regardless of what happens in the state Legislature, I believe that the IRCP is the right thing to do, and now is the right time to do it.

However, the transcript of the 2017 call cites Feinberg saying the “movement afoot in Albany” was a key reason why Dolan “decided to bite the bullet and create a program”, demonstrating that the creation of the program wasn’t completely altruistic.

The Child Victims Act, which eventually passed into law in February of 2019, created a one-year revival window which allowed child sex abuse victims the opportunity to file a civil lawsuit against those responsible, including both individual clergy perpetrators and the Catholic Dioceses within New York who may have helped cover up the abuse. The one-year window was later extended to August 14, 2021 due the court closings related to the Covid-19 pandemic.

Ironically, since the passing of the Child Victims Act, four New York Dioceses have filed for bankruptcy protection with the courts – Rochester in September of 2019, Buffalo in February of 2020, Syracuse in June of 2020, and Rockville Centre in October of 2020.

Feinberg and others continue to tout the success of their Independent Program citing over 1300 claims totaling over $258 million. “The program has been extremely well received and individual abuse claims continue to be received and processed notwithstanding the change in NY statute.”

If you or a loved one were a victim of sexual abuse within the Archdiocese of New York or any other New York diocese, contact our firm today. Our law firm handles New York priest sexual abuse lawsuits and can help you understand how long you have to file a clergy abuse claim in the state of New York. Call us now at 1-800-941-7209 for a FREE and PRIVATE consultation.