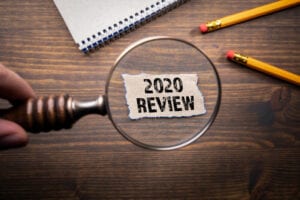 More than 230 sexual abuse lawsuits were filed against the five Catholic dioceses in New Jersey from December 2019 to December 2020. The large number of lawsuits directly coincides with the state’s extension of its statute of limitations laws in civil actions for sexual abuse claims as well as its opening of a revival window which allows time barred claims to be brought before a specific date. The New Jersey revival window is set to close on November 30, 2021. Since it can often take years before a sexual abuse survivor feels comfortable enough to talk about being abused, extending the statute of limitations and opening the revival window gives victims an opportunity to receive some justice for what was done to them.

The majority of the allegations in the lawsuits are from the 1970s and 1980s, however, there are some dating back to as early as the 1940s. Most of the victims bringing the lawsuits are men, some of whom were as young as 5 or 6 years old when they suffered the abuse. In total, there are more than 150 priests named in the lawsuits, unfortunately there are dozens of priests accused in these lawsuits who do not appear on the state’s credibly accused list which was released in 2019. Those accused of sexual abuse range in duty from everyday parish priests to Cardinal Theodore McCarrick, one of the most powerful figures in the New Jersey Catholic Church.

In addition to the lawsuits being filed, hundreds of additional allegations have been filed with the New Jersey Independent Victim Compensation Program. The five dioceses set up this program to compensate sexual abuse survivors who agreed not to pursue lawsuits for their abuse. The program received so many complaints that the Diocese of Camden had to file for bankruptcy protection due to the amount of compensation it potentially owed to sexual abuse survivors. To this point, the fund has paid 271 survivors an average of $115,000 per claim.

If you or a loved one were a victim of sexual abuse within the New Jersey Dioceses, contact our firm today. Our law firm handles New Jersey clergy sexual abuse lawsuits and can help you understand how long you have to file a clergy abuse claim in the state of New Jersey. Call us now at 1-800-941-7209 for a FREE and PRIVATE consultation.