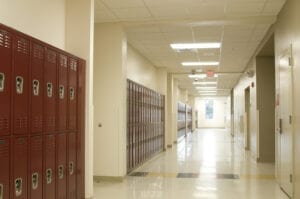 A sexual abuse lawsuit filed by Sam Garcia at the end of 2020 makes 35 lawsuits now filed against the Diocese of Norwich and former Bishop Daniel Reilly. All the plaintiffs are men who claim as boys they were sexually assaulted and raped by Christian Brother K. Paul McGlade while they attended Academy at Mount Saint John in Deep River during the 1990s. Garcia is the only plaintiff who identified himself by name. He said he did so in order to “let other victims feel they can come forward and not be ashamed of what happened to them.”

The suit alleges the Diocese, Reilly, and the school “knew or should have known that Brother Paul sexually assaulted, abused, exploited, and battered young children through improper and illegal sexual conduct, including the Plaintiff.” McGlade, who died in 2013, had also been accused of sexually assaulting boys in his home country of Australia prior to coming to the school. Diocese records indicate that it requested McGlade be transferred from Australia to Deep River, however, since most of the people involved in that decision are now deceased it is difficult to determine why his transfer was requested. Former Bishop Reilly served as the school’s president of the board of trustee’s during the period the alleged assaults occurred.

Talks with the Diocese and the parish regarding a settlement are ongoing, but so far, no agreements have been reached. The school has been closed and the 87 acres it sits on along the Connecticut River has been put up for sale. Attorneys for the victims believe there are more victims than just the 35 who have come forward; however, some survivors may be barred from filing lawsuits due to Connecticut’s statute of limitations regarding sexual abuse.

In 2019, the Diocese of Norwich released its list of clergy with “allegations of substance of sexual abuse of a minor who served in the Diocese of Norwich.” Surprisingly, McGlade’s name does not appear on that list. This may be due to the fact that documents included in the lawsuit “show that Reilly failed to report that priests he supervised over decades had sexually assaulted minors on numerous other occasions and instead transferred those priests to other parishes.”

Looking for a Sexual Abuse Lawyer for a Claim Against the Diocese of Norwich?

If you or a loved one were a victim of sexual abuse within the Diocese of Norwich or the Bridgeport Diocese, contact our firm today. Our firm handles Connecticut clergy sexual abuse lawsuits and can help you understand how long you have to file a clergy abuse claim in the state of Connecticut. Call us now at 1-800-941-7209 for a FREE and PRIVATE consultation. Don’t wait; your time to file a claim may be limited.