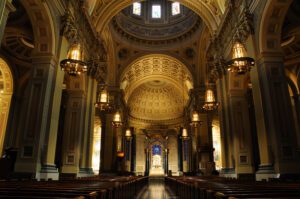 Three and a half years ago, the Archdiocese of Philadelphia set up the Independent Reconciliation and Reparations Program (IRRP). A final report released by the IRRP showed that the archdiocese paid out $78.465 million of a total of more than $81 million awarded to 438 victims of sexual abuse by archdiocesan clergy over that time. While efforts to change Pennsylvania’s statute of limitations laws for survivors of child sexual abuse have been bogged down in the Legislature, the IRRP was beneficial for victims in getting them compensation.

The archdiocese began the program as a way to offer clergy sexual abuse survivors monetary compensation without any involvement from the archdiocese. The IRRP was governed by a three-member oversight committee that received no input from the archdiocese. Similar programs have been run by archdioceses in New York, California, and New Jersey. Clergy sexual abuse survivors were asked to submit claims and the administrators determined whether or not to award money and in what amount. The program ran from November 2018 until September 2019. In all, a total of 623 people formally filed a claim. To be considered for compensation, a claimant would have had to report an abuse incident to law enforcement at some point. People who accepted the compensation waived the right to sue for past and future claims, but were free to speak about their abuse publicly.

Funding for the program came from the sale of archdiocese properties and other assets, loans, and other funds.

In a letter regarding the IRRP, the archbishop of Philadelphia said it:

“provided an opportunity for survivors to share their experiences, identify their abusers, access support resources and receive meaningful compensation. Through vigilance, employing best practices and education, the Church in Philadelphia will remain at the forefront of protection and prevention. Although the work of the IRRP has concluded, the archdiocese will continue to offer comprehensive support to survivors of clergy sexual abuse through its own Victim Assistance Program as it has for many years.”

Sexual Abuse Lawyer for Pennsylvania Clergy Abuse Victims
If you or a loved one were a victim of sexual abuse within the Pennsylvania Dioceses, contact our firm today. Our law firm handles Pennsylvania sexual abuse lawsuits and can help you understand how long you have to file a clergy abuse claim in the state of Pennsylvania. Call us now at 1-800-941-7209 for a FREE and PRIVATE consultation.