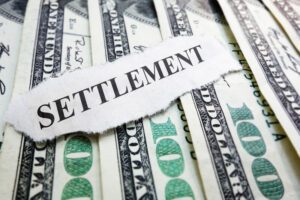 The Archdiocese of Chicago reached a $1.2 million settlement with a man who claimed defrocked priest Daniel McCormack sexually abused him multiple times in 2005 when he was only 12 years old. The settlement will allow the survivor to avoid a trial.

In total, the Archdiocese has paid out over $12 million to survivors of McCormack’s abuse, including a $1.5 million payout in 2020 to another sexual abuse victim.

McCormack was a priest at St. Agatha Catholic Church on the West Side where the boy attended an after-school program. Allegations of sexual abuse of children involving McCormack reportedly go back decades, yet the lack of action by the diocese continued to allow him to have access to victims. In 2009, McCormack pleaded guilty to abusing five children and was sentenced to five years in prison. He spent time in a state-run mental health facility after that and was released in October 2021.

Previous lawsuits against the Archdiocese of Chicago, and involving McCormack, allege that the Cardinal at the time, Francis George, received credible reports of McCormack being unfit to work with children as early as 1994, yet continued to allow him to work as a priest, teacher and basketball coach. Unfortunately, McCormack was not the Archdiocese’s only problem priest. In 2019, in an out of court settlement, the Archdiocese agreed to pay $8 million to settle a claim alleging sexual abuse of a minor by Rev. John Calicott.

Sadly, this type situation, where a problem priest was still allowed to have access to children, was a far more common occurrence than it should have been. A 2003 New York Times survey of documented cases of sexual abuse by clergy through the end of 2002 showed just how widespread sexual abuse and molestation by priests is. There were allegations of clergy abuse in 161 of 177 Catholic dioceses in the United States. Catholic churches and dioceses across the country did their best to try and contain any allegations of clergy abusing children within the confines of the church. Either by transferring priests with allegations to other parishes around the country, or by telling victims and their families to keep quiet. While many dioceses have admitted to these types of problems occurring, there are still some who refuse to acknowledge that there was a problem.

Sexual Abuse Lawyer for Illinois Clergy Abuse Victims
If you or a loved one were a victim of sexual abuse within the Illinois Dioceses, contact our firm today. Our law firm handles Illinois sexual abuse lawsuits and can help you understand how long you have to file a clergy abuse claim in the state of Illinois. Call us now at 1-800-941-7209 for a FREE and PRIVATE consultation.