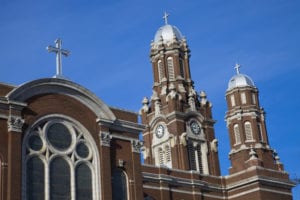 In an out of court settlement, the Archdiocese of Chicago agreed to pay $8 million to settle a claim alleging sexual abuse of minor. The settlement stemmed from allegations of sexual abuse in the 1990’s between Rev. John Calicott and an undisclosed victim. At the survivor’s request, his identity was not made public. The accused priest of the Holy Angels Church, Rev. John Calicott, denied the allegations and sought the name of his accuser. His request was denied.

The case was technically settled in March 2019 but the law firm handling the case was ordered by the court to wait 90 days before releasing the details to the public. The victim was said to have been paid in full in July 2019. According to the victim’s attorney, this clergy abuse settlement by the Archdiocese of Chicago is “the largest payout of its kind.”

The accusations against Father John Calicott go back to the 1970’s. At that time, he was accused of molesting two young males and admitted to the abuse. He was removed from his parish but two years later was reinstated. In fact, some parishioners from his church actually petitioned the Archdiocese of Chicago to reinstate him with new guidelines and restrictions. Others were outraged and tried to have him removed permanently to no avail. He was finally fired from the church in 2002 and did not return.

About $210 million has been paid out by the Archdiocese of Chicago to settle clergy sexual abuse claims and an estimated $156 million more is needed to handle additional claims that are expected in the years to come. The financial requirements are taking a toll and many say this type of financial burden has the potential to bankrupt the Archdioceses. Many dioceses across the country have already filed for Chapter 11 bankruptcy protection including the Buffalo and Rochester Dioceses, both in New York. The financial pressure is not only coming from the cost of clergy sexual abuse restitution and legal expenses, but from changing demographics within the Catholic Church; specifically, the growing pension exposure due to aging priests.

Read the full article regarding the Chicago Archdiocese settlement here.

Even with the financial pressures mounting, the Catholic Church still needs to be held accountable for the actions of their clergy. If you or a loved one were a victim of sexual abuse within the Archdiocese of Chicago and any other Illinois dioceses, contact our firm today. Our law firm handles Illinois sexual abuse lawsuits and can help you understand how long you have to file a clergy abuse claim in the state of Illinois. Call us now at 1-800-941-7209 for a FREE and PRIVATE consultation.