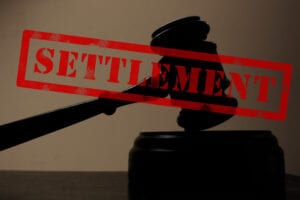 The Archdiocese of Chicago agreed to pay $1.5 million to settle a lawsuit filed by a man who claimed he was sexually abused as a child by defrocked priest Daniel McCormack back in the early 2000s. This Catholic Church settlement pushes the total to over $11 million paid to survivors who were abused by McCormack. Unfortunately, this is not the first time the Archdiocese of Chicago has had to pay out millions of dollars in order to settle a sexual abuse claim against one of its clergy.

Allegations of sexual abuse of children by McCormack go back decades and, according to news reports, involve more than two dozen boys. McCormack was a teacher and basketball coach at Our Lady of the West Side Catholic School as well as St. Agatha Parish, which afforded him access to his victims. In 2007, he pleaded guilty to sexually abusing five boys and was sentenced to five years in prison. In 2009 and 2018, the state of Illinois found him to be a sexually violent person and ordered he remain in custody indefinitely at a state facility for sex offenders. The judge who found McCormack to be sexually violent said he couldn’t “disregard the fact that he (McCormack) has never been of the belief that he has a problem,” and that McCormack refused to participate in any treatment for sex offenders since he has been in the state’s custody. At the time of this settlement, it is unclear whether or not McCormack is still in custody.

In 2017, the Archdiocese of Chicago reached settlements totaling $3.15 million with three men who alleged McCormack abused them when they were boys in the early 2000s. These lawsuits, as well as the most recent one, also alleged that the Cardinal at the time, Francis George, received credible reports of McCormack being unfit to work with children as early as 1994, yet continued to allow him to work as a priest, teacher and basketball coach. An Archdiocese spokeswoman declined to comment on any details.

If you or a loved one were a victim of sexual abuse within the Archdiocese of Chicago or any other Illinois diocese, contact our firm today. Our law firm handles Illinois sex abuse lawsuits and can help you understand how long you have to file a clergy abuse claim in the state of Illinois. Call us now at 1-800-941-7209 for a FREE and PRIVATE consultation.