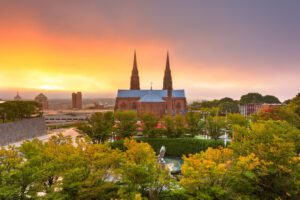 After New York state passed the Child Victims Act, dozens of child sexual abuse lawsuits were filed against the Diocese of Albany. The diocese warned that if these cases proceeded to trial, the diocese would be forced to follow other New York dioceses, and file for bankruptcy protection from sexual abuse lawsuits. That was the main reason given for the diocese’s request to pause litigation. Survivors’ attorneys disagreed, stating that delaying litigation would be a slap in the face to sexual abuse survivors who have been waiting for years to get justice. They argued that many things could happen with a delay – evidence could be lost, survivors could pass away, and insurance companies could lose any incentive they had to get cases settled. In addition, pausing the litigation process would force victims to sign a release if they wanted to join the mediation process. Under these terms, pausing litigation would only have been beneficial for the diocese.

Whether or not litigation is paused, attorneys for the diocese and survivors agreed to negotiate for the selection of two mediators. The mediators first goal would be to establish how much money would be available to compensate clergy sexual abuse survivors. The amount of money, which would come from the diocese, its parishes, and insurance carriers, would likely be in the hundreds of millions of dollars. A high percentage of survivors would have to agree to the mediation plan in order for it to be adopted, while some could still opt out and continue on to trial. Claims would then be reviewed, and arbitrators would then decide how much individual victims should be paid.

Survivors are hopeful that with litigation still moving forward along with a potential mediation, it will force the diocese to act quickly regarding these cases and not stall in order to give itself an advantage.