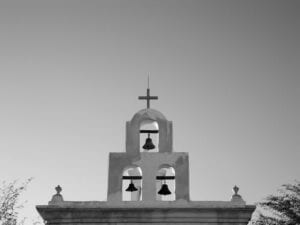 The Tucson and Los Angeles Dioceses have been accused of violating Arizona’s racketeering laws in a federal lawsuit filed at the end of 2020, which happens to coincide with the end of Arizona’s revival window. The lawsuit alleges the dioceses routinely buried allegations of priests sexually abusing children and would transfer those priests to different parishes instead of alerting law enforcement. A violation of Arizona’s racketeering law also means the state’s Attorney General could investigate the allegations as well.

This is the second lawsuit of its type since the revival window law was passed in 2019 which allows survivors of childhood sexual abuse to bring time-barred claims against their abusers. Prior to that, Arizona was one of the least victim-friendly states in regards to civil statute of limitations laws for victims of sexual abuse and only gave victims two years after turning 18 to file civil lawsuits against their abusers.

The lawsuit alleges that a number of priests from St. John’s Seminary in California who had a problematic history were transferred to Tucson, which the suit called “a known dumping ground for abusive priests.” The article cites a report that found 65 of the seminary’s 625 graduates between 1950 and 2005 had been accused of sexual abuse. This percentage is higher than what other studies have found for priests in general.

Two priests named specifically in the lawsuit are Father Bob Gluch and Father Kevin Barmasse. Both are accused of sexually abusing children and were then transferred to different parishes after allegations of abuse arose. Barmasse was named in a separate lawsuit in California which led the Los Angeles Diocese to pay out over $660 million to victims.

Lauro Garcia, a victim named in the lawsuit, was brutally abused in 1980 by Father Carlos Cocio, who was a student at St. John’s Seminary. Garcia said several clergy members laughed at him when he told them he was raped by Cocio and was told no one would believe him. Today, Garcia says he would still encourage victims to come forward despite the reaction he received when he originally reported the abuse. “I would encourage others to speak out, tell their parents, we are in a different era now that we have a voice. Nobody deserves to go through this type of trauma.”