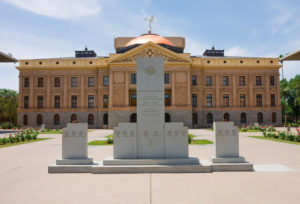 An Arizona state law opening a window for those whose sexual abuse claims may have been time barred has been extended to the end of 2020. Two victims who claim they were abused by Catholic priests over 40 years ago used this law to file lawsuits against their church and the Diocese of Phoenix. In one suit, the victim said he was sexually abused by Rev. Joseph Henn in the St. Mark’s Roman Catholic Parish in Phoenix. The abuse allegedly took place in the late 1970s and early 1980s. The attorney representing the victim said he was able to uncover a pattern of the diocese transferring abusive priests. In the second suit, a woman claimed she was sexually abused by Rev. Donald R. Verhagen and Rev. James Bretl in St. Mark’s Parish as well. All three priests were members of the Salvatorians, a religious order based in Milwaukee.

The Archdioceses of Phoenix would not comment on these specific allegations but did say they were “disheartened by any allegation of clergy abuse and stands with all those who grieve and suffer because of the abuse caused by clergy”.

If you or a loved one were a victim of sexual abuse within the Arizona Dioceses, contact our firm today. Our law firm handles Arizona sexual abuse lawsuits and can help you understand how long you have to file a clergy abuse claim in the state of Arizona. Call us now at 1-800-941-7209 for a FREE and PRIVATE consultation.