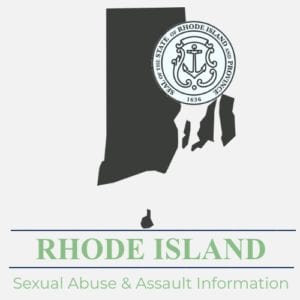 Rhode Island has made efforts to change its statute of limitation laws (SOLs) to allow survivors of sexual abuse and assault to get justice against their abusers, while also allowing for compensation. These laws enable lawyers handling sexual abuse claims in Rhode Island to file cases against sexual predators, including clergy members.

Prior to 2019, Rhode Island had made no changes to its statute of limitation laws for child sex abuse claims since 2002. However, in 2019 a highlight of their SOL reform was to pass a civil revival law to help sexual abuse survivors.

In 1985, Rhode Island eliminated the criminal SOL for 1st degree sexual assault and 1st and 2nd degree child molestation. This left the SOL for victims of all other child sex abuse crimes at 3 years. Child USA, who has evaluated every state based on their criminal statute of limitation laws, gave Rhode Island a Criminal SOL score of 3, on a 1-5 scale, where 5 is the highest. A score of 3 is defined as a criminal SOL eliminated for felonies only.

In 1993, Rhode Island passed a liberal 7-year discovery rule, or time to file a claim against an abuser once a sexual assault is ‘remembered’ by a survivor. In 2019, the state extended its civil SOL to age 53 (age of majority, 18, plus 35 years) with an expanded 7-year discovery rule to include perpetrators, private organizations, and government. The 2019 legislation also included a revival window with an age cap of 53 to allow survivors with previously expired claims to file new claims against their sexual abusers only. In addition, only Rhode Island and Connecticut have civil SOL laws that are both retroactive and have an age cap. This is different from most other states who typically have a fixed time period, or ‘window’, in which expired claims can be revived for a certain time period. In 2021, legislation was introduced to amend the state’s revival window up to age 53 in order to clarify the definition of ‘perpetrator’. The new language would expand the definition to include ‘persons and entities who ‘aid, abet or conceal sexual abuse or exploitation of a minor.’

Child USA, who has also evaluated every state based on their civil statute of limitation laws, gave Rhode Island a Civil SOL Age Cap score of 4, on a 1-5 scale, where 5 is the highest. A score of 4 is defined as a civil SOL age cap for survivors age 50 and older. Additionally, Child USA gave Rhode Island a related SOL Revival Law score of 2 on the same 1-5 scale. A score of 2 is defined as a revival window, revival up to a certain age or revival of all claims, against perpetrators only.

The Roman Catholic Diocese of Providence, RI has paid an estimated $24 million over the last 20 years to survivors of priest sex abuse. Below is a summary of the announced settlements.

September 2002 – The Roman Catholic Diocese of Providence agreed to pay $13.5 million to settle a lawsuit filed by 36 sexual abuse survivors. The survivors claim that 11 priests sexually abused them as children in the prior decades. 8 of the survivors alleged that they were molested by Rev. James M. Silva who was convicted of sexual abuse in 1995. In response to the settlement, one of the survivors said in an interview that filing a lawsuit was the only way to get the church to publicly take responsibility for the abuse, and to prevent future abuse.

August 2008 – The Roman Catholic Diocese of Providence agreed to pay $1.3 million to settle a lawsuit filed by four sexual abuse survivors and their families. The survivors claim that multiple priests sexually abused them when they were boys. One of the attorneys of the survivors in response to the settlement said, “”It [settlement] is more an issue of validation. And in that sense they [survivors] feel validated.”

February 2019 – With a comprehensive announcement, the Roman Catholic Diocese of Providence said that it had paid out nearly $24 million to sexual abuse survivors. The $24 million total included $2.3 million for counseling services to “resolve” more than 130 claims of sexual abuse within the diocese

*The settlements listed above are offered for educational purposes only and do not guarantee any future outcome or settlement. Each legal situation is different, and past performance does not guarantee future results. We do not maintain that is a full list of all settlements in the state of Rhode Island but merely a grouping of those we choose to share on our website. Please contact us if you would like additional settlements included or if you notice any inaccuracies on our site. We strive to provide our viewers the most up to date and accurate information as possible.

On July 1, 2019, the Diocese of Providence released the names of priests and clergy members who they deemed to be ‘credibly accused’ of sexual abuse of a child.

The list below will be updated as litigation or investigations are concluded so that new names of credibly accused priests in Rhode Island can be added.

A recently filed lawsuit against the Diocese of Providence accuses church leaders of ignoring claims by alleged victims of sexual abuse. Click the headline to read more…

Former Student Sues School and Teacher Over Past Sexual Abuse

A former student at Portsmouth Abbey School filed a sexual abuse lawsuit against her former teacher and claimed the school failed to end the abuse. Click the headline to read more…

After a judge dismissed childhood sexual abuse lawsuits filed by three men against the Diocese of Providence, lawmakers look pass a new bill to clarify the intent of the 2019 law. Click the headline to read more…

The Rhode Island Attorney General’s Office has decided to defend the constitutionality of a May 2019 law which extended the statute of limitation for childhood sexual abuse claims. Click the headline to read more…

A new Rhode Island law, which extended the statute of limitations for filing childhood sexual abuse cases, is being challenged by the Providence Diocese. Click the headline to read more…

How long a survivor of childhood sexual abuse in Rhode Island has to file a lawsuit changed with the passing of an age capped ‘revival’ window. Click the headline to read more…

The Rhode Island House Judiciary Committee voted by unanimous decision to extend the civil statute of limitations (time to file a legal claim) from 7 to 35 years for childhood victims of sexual abuse done by priests, church clergy, Boy Scout leaders, teachers, coaches and others. Click the headline to read more…

The Roman Catholic Diocese of Providence, RI recently released the names of 51 priests and deacons who have been credibly accused of sexually abusing children dating back to 1950. A summary of this list can be seen above. Click the headline to read more…